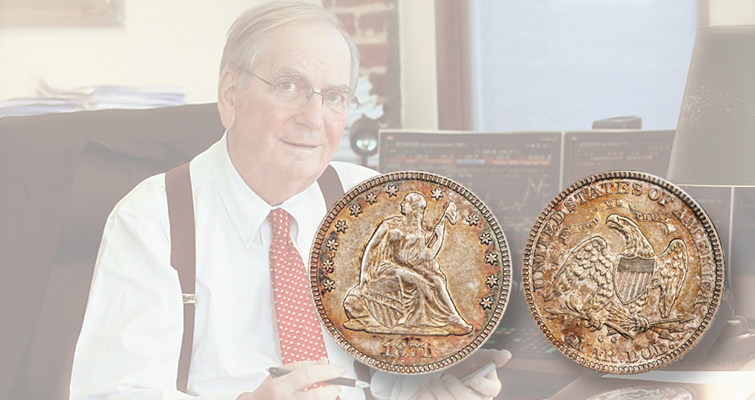 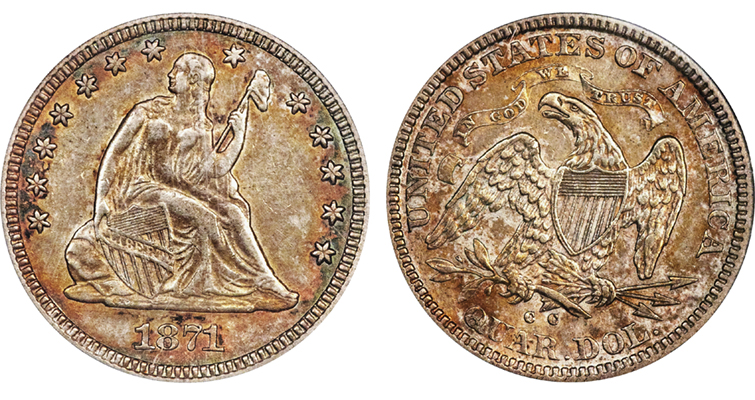 Two Carson City Mint Seated Liberty quarter dollars led bidding at Gardner IV, with the top lot being an 1871-CC quarter graded AU- 55 by PCGS with a green CAC sticker that sold for $79,312.50. 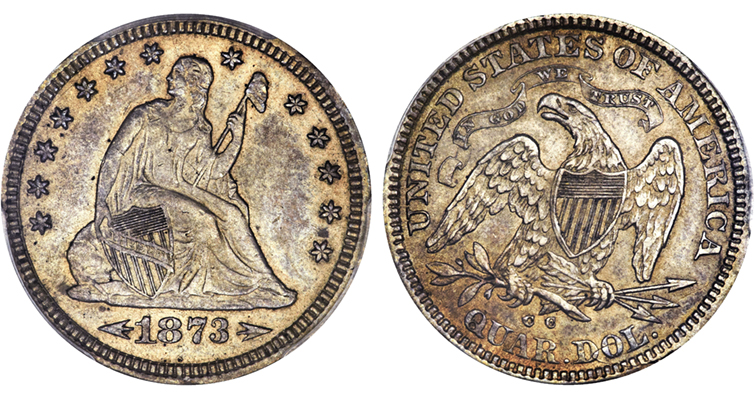 An 1873-CC Seated Liberty, Arrows at Date quarter dollar graded AU-55 is one of the finest known survivors and it sold for $76,375 at Heritage’s Gardner IV auction on Oct. 28.

Heritage’s fourth and final auction of coins from the collection of Pennsylvania numismatist Eugene H. Gardner featuring duplicates, upgrades and specialty pieces not part of his core sets brought nearly $6 million on Oct. 28 in New York. The sale, which totaled $5,883,788, brings the total of the four Gardner sales to more than $53 million, making Gardner’s coin collection — most notable for its exceptional early silver, Seated Liberty and Barber coins — one of the most expensive ever sold at auction.

At $76,375, an 1873-CC Seated Liberty, Arrows at Date quarter dollar also graded AU-55 by PCGS was tied for the second-most expensive coin in the Gardner IV auction. Just two are known finer, with Gardner’s PCGS MS-64 CAC representative bringing $176,250 at Heritage’s Gardner III auction on May 12, 2015. The example offered from Gardner IV last sold at auction at Heritage’s 2007 Florida United Numismatists sale for $74,750.

Carson City Mint quarter dollars from this period are prized by collectors for their low mintages and general desirability as classic reminders of the Old West. Just 12,462 examples of this issue were struck and most are well-worn. The arrows at both sides of the date note a weight change for the quarter dollar denomination that was authorized by the Mint Act of Feb. 12, 1873, which increased the weight from 6.22 grams to 6.25 grams. 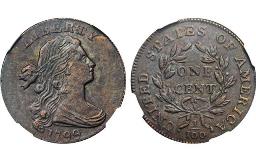 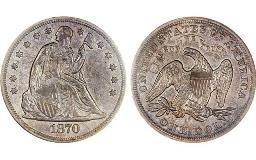 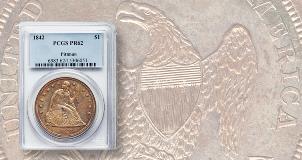