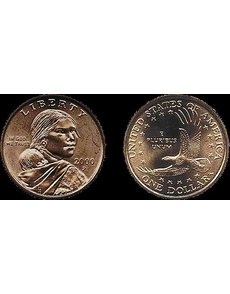 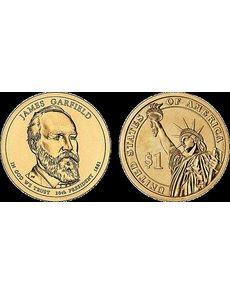 “The Federal Reserve’s current strategic plan calls for using financial resources efficiently and effectively and monitoring costs to improve cost-effectiveness. However, the agency does not monitor coin management costs by each Reserve Bank — instead focusing on combined national coin and note costs — thus missing potential opportunities to improve the cost-effectiveness of coin-related operations across Reserve Banks,” according to the report.

Since the Fed collects combined currency (coin and paper money) management costs by individual facility and not separate coin and paper money costs, the GAO “worked with the Fed to estimate what coin expenses would be based on their aggregate data,” according to a spokeswoman.

The Federal Reserve System is composed of an independent government agency — the Board of Governors — and 12 regional Reserve Banks. The Reserve Banks are not federal agencies. Each Reserve Bank is a federally chartered corporation with its own board of directors.

In her written response to the findings in the report, Louise L. Roseman, the Fed’s director of the Division of Reserve Bank Operations and Payment Systems, said opportunities will be evaluated to improve the accuracy of forecasts for new coin orders.

The GAO report examines the Federal Reserve’s management of cents, 5-cent coins, dimes, quarter dollars and dollars. Kennedy half dollars, struck in circulation quality but not for circulation, are not addressed in the report.

The Federal Reserve orders coins from the U.S. Mint, which strikes the coins and sells them to the Mint at face value. The Fed is responsible for distributing the coins into circulation. The Fed also projects future coinage demand.

Federal Reserve officials expect that their current procedures and approaches to managing coin and note inventory — including forecasting and monitoring of coin inventory targets — will allow the Fed to accommodate gradual shifts in demand.

Approximately 170 coin terminals operated by 15 armored carrier companies are under contract with the 12 Federal Reserve Banks and the Fed’s sub-district facilities, according to the GAO report.

According to the GAO report, in 2012, the 28 Federal Reserve Bank offices held approximately 92 percent of the FRB total coin inventory of dollar coins, with the remainder held by the contracted armored carriers at their terminals.

In 2011, the CPO negotiated a contract with all of the contracted terminals to standardize controls for handling and storing coins. Previously, the contracts with the coin terminals were executed with the individual Federal Reserve Banks.

Beginning in 2007, the year the Presidential $1 Coin Program was inaugurated, Fed officials staged regular meetings with representatives of depository institutions in order to gauge and forecast future public demand to overcome barriers to dollar coin circulation.

According to the Oct. 28 GAO report, “Reserve Bank officials, depository institution representatives, and coin terminal operators stated that $1 coins are readily available to the public throughout the country, but there is very low public demand for these coins.”

However, representatives from the Dollar Coin Alliance reported to the GAO that there is limited commercial and public access to the dollar coin and some alliance members have had difficulty obtaining the coins from depository institutions.

Production of dollar coins in circulation quality for circulation was suspended in December 2011 because of the reported glut then of nearly 1.3 billion dollar coins and climbing in the inventories of Federal Reserve Banks and their contracted armored carriers.

More dollar coins were returned to the Federal Reserve in 2012 than were paid out because public demand for dollar coins was low.

It is unknown how many dollar coins are placed into circulation by collectors who, having hoarded the coins over the years, may be spending or depositing portions of their accumulation.

Efforts to circulate a small dollar coin — Anthony dollars, Sacagawea and Native American dollars, and Presidential dollars — have proven to be less than stellar, since none of the proposals have included successful components of co-circulation with the $1 Federal Reserve note or elimination of the $1 note altogether.

The Sacagawea dollar was introduced into circulation in 2000 to replace the Anthony dollar, whose production was resurrected in 1999 after a nearly two decade hiatus.

In 2000, the U.S. Mint introduced into circulation through the Federal Reserve Banks the Sacagawea dollar, whose 2000-dated production for circulation totaled 1,286,056,000 coins.

When use of the coin did not increase, fewer coins were struck in subsequent years. Only 133,407,500 2001 Sacagawea dollars were produced for circulation. Sacagawea dollars struck from 2002 through 2008 in circulation quality were not released into circulation through the Federal Reserve. All were offered for sale to the public at premiums.

The Presidential $1 Coin Program was introduced in 2007. George Washington dollar coin production has been the highest for the program, with 341,360,000 coins reportedly struck for circulation. Except for popular presidents such as Abraham Lincoln, annual output of Presidential dollars has declined annually.

Starting in 2012, Presidential dollar coins continue to be struck in circulation quality, but only for sale in bags, rolls and boxes of rolled coins as collector products.

In 2009, the Native American dollar coin was introduced as required by Congress. It retains the portrait from the Sacagawea dollar obverse and pairs it with a reverse whose design changes annually.