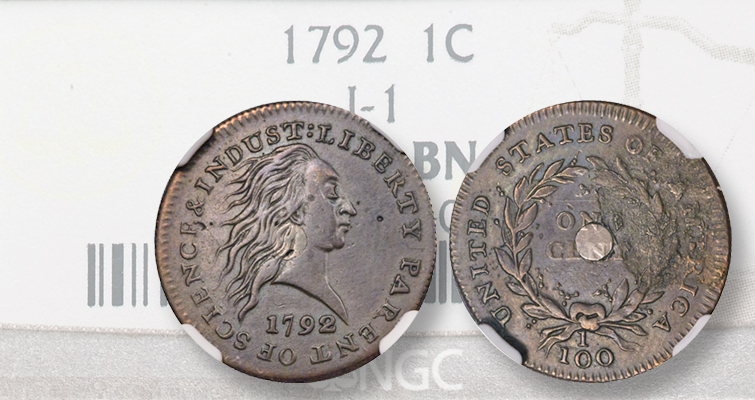 A 1792 Silver Center pattern cent, Judd 1, graded Very Fine 30 by NGC was among the notable lots that went unsold at the 2017 FUN Platinum Night auctions. It was available after the auction for $258,500. 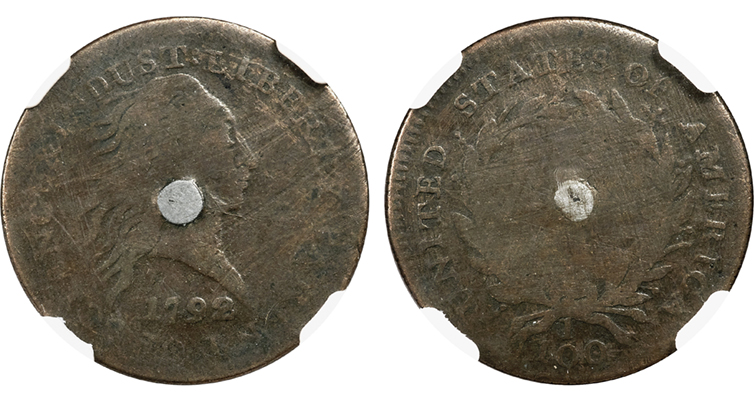 A closer look at both sides of the 1792 Silver Center pattern cent, Judd 1, graded Very Fine 30 by NGC that went unsold at the 2017 FUN Platinum Night auctions. 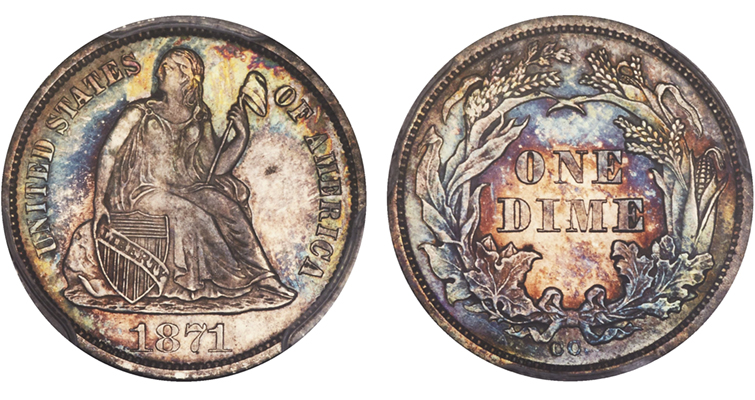 The finest-known 1871-CC Seated Liberty dime, graded MS-65 by PCGS and previously graded Specimen 65 by NGC was unsold and available post-auction for $352,500.

The following is part one of our 2017 FUN Platinum Night auction coverage. Links to additional coverage can be found at the bottom of this post.

A number of the anticipated top lots at Heritage's FUN 2017 Platinum Night failed to meet their reserves set by consignors.

It last sold at auction in 2012 for $305,500 and this past summer Heritage sold another example graded Specimen 35 (called Specimen by PCGS as it was specially struck as a pattern, though it had worn to the equivalent of VF-35) with a green CAC sticker for $352,500.

Though only a few dozen examples of the unusual and well-known pattern are known in all grades, multiple recent auction appearances have perhaps made bidders think it is more common than it actually is.

Also bought in was an 1871-CC Seated Liberty dime graded MS-65 by PCGS that was available post-auction for $352,500. The sole finest-known example of this important Carson City issue, it had recently sold as part of Heritage’s October 2014 sale of the Gene Gardner Collection where it brought $270,250 (then-graded MS-65 by NGC). It was offered at Heritage’s 2015 Central States Numismatic Society auction in an NGC Specimen 65 slab where it went unsold and it met a similar fate in 2016.

Heritage’s U.S. Coin auctions have realized more than $42 million, according to a Jan. 10 release.

FUN 2017: The early U.S. numismatic treasures that headlined the year's first major sale: There were no million dollar standouts in this year’s offering. But that does not mean there weren't any notable coins exchanging hands.. 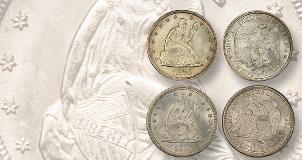 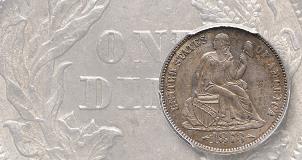 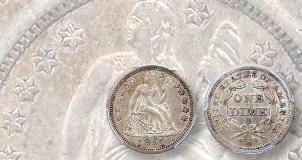