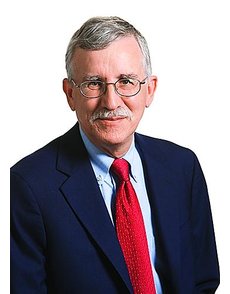 United States commemorative coins had descended into the “dark ages” and few within the numismatic community as the decade of the 1980s began held any hope of revival.

In early 1981, coin collector David John was reading the “Red Book” (A Guide Book of United States Coins). He recalled recently that as he was perusing the commemorative section, he began to wonder “if we could ever do another issue” and realized that George Washington’s 250th birthday was just a year away.

Fortunately, he was well positioned to take action. He was a staff member in Rep. Doug Barnard Jr.’s Washington, D.C., office.

Barnard, a Democrat who represented Georgia’s 10th congressional district, had just been re-elected to his third term in Congress.

“The first time that I brought it to Mr. Barnard, he was not interested, but I tried again and he readily agreed this time so we had the bill drafted.”

“The two bills were due to Ken [Swab], who was a staffer on the Annunzio subcommittee on coinage,” John explained. “He took our bill and added a surcharge on each coin that was to be used to reduce the federal debt.

“That was a key factor in getting the bill through. As was customary in those days, the improved version was introduced under the chairman’s name with Mr. Barnard as the primary co-sponsor.”

John notes: “Once that was done, we tackled Treasury’s opposition to any new commemoratives. As it happened, they wanted Mr. Barnard’s support for some Reagan initiatives, something he planned to do anyway. However, they did not know that and when we asked them to re-examine their policy, they agreed to reverse it.”

The Annunzio-Barnard alliance was powerful. “Our two offices worked together to get the bill passed,” John said.

Thirty-two years ago, David John’s pursuit of an idea led U.S. commemorative coins out of the “dark ages” and launched the Modern Commemorative era.

He still collects coins, and specializes in medieval English coins.

Rep. Barnard retired from Congress at the end of his of seventh term in 1992 and at the age of 91 resides in Augusta, Ga.

Next month: The Reagan Treasury’s take on commemoratives.