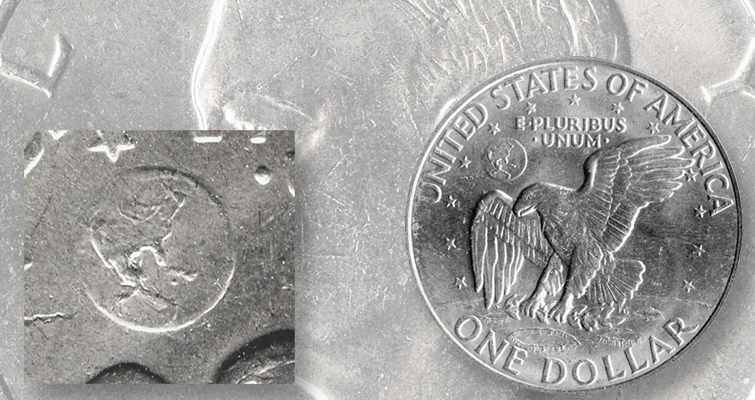 A 1971-D “Friendly Eagle” Ike dollar and detail with distinguishing features, including the northern part of the Gulf of Mexico being nearly round and no prominent eyebrow (not shown) on the eagle (making it “friendly”). CONECA RDV-006, Fivaz-Stanton 901. Only about one in 32 coins is of this variety our columnist learned. 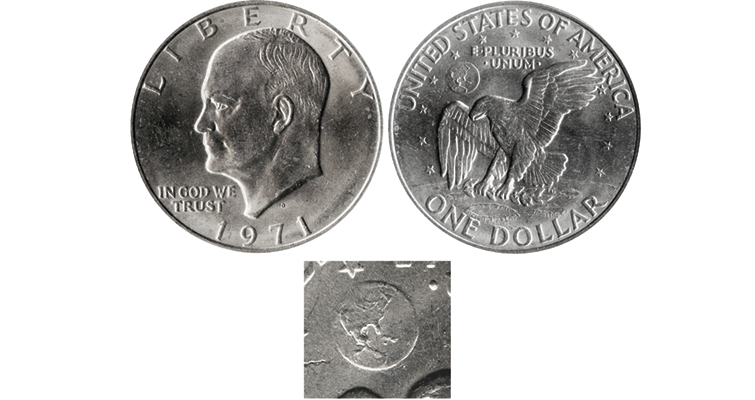 As many readers know, I love research and writing. This has been a passion ever since I was a young teenager.

In recent years for Whitman Publishing LLC, I have created as author or co-author a veritable shelf of books. Perhaps my very favorite in terms of useful information for readers is The Expert’s Collecting & Investing in Rare Coins, from 2006.

Although it is not the best-selling title for me, it is the one book I recommend to anyone desiring an inside view of buying, collecting, and enjoying rare coins.

Ever since the 1950s I have built a database of coins, numismatists, events, and other items of interest.

When I am asked to write a book or think of a new book on my own, I usually have more than enough information to get a running start. This brings me to about a year ago in early 2015.

For Whitman I was set to create A Guide Book of Modern United States Dollar Coins. To be covered were Eisenhower dollars 1971 to 1978, Anthony dollars of 1979 to 1981 and the curious jump to 1999, and the Sacagawea, Presidential, and Native American dollars of the present century.

Chief Engraver Frank Gasparro, creator of the Ike dollar, was a personal friend, and I visited him during the development of that dollar and also the Anthony dollar. I was also on the spot with later coins. I started with what I thought would be a routine listing of dates and Mint marks of Ike dollars and comments concerning each. I had forgotten about Herbert P. Hicks’ landmark article in The Numismatist in 1974 pointing out that there were multiple changes and alterations among the early dies. This led me to read everything I could find in print, to visit the Ike Group website, and more.

“And more” includes archival investigations that led to about 10 different representations of Earth on the back of the Eisenhower and Anthony dollars! Many, never before published, will be in the new book.

Of course I had to have a collection of such coins for study, so I ordered an album filled with Mint State and Proof coins from Littleton Coin Co. Then I discovered the 1971-D “Friendly Eagle” dollar that Ike specialist James Sego told me occurs only about once in 32 coins. No album space for it. My research and writing are now approaching the one-year mark! More next week.