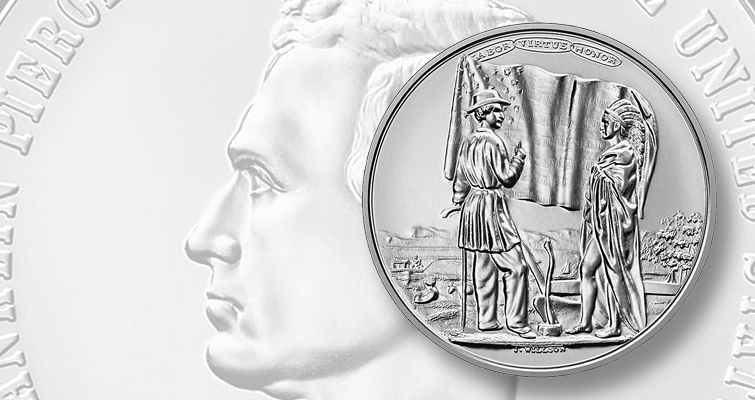 The Department of the Treasury has a long-standing tradition of honoring each president of the United States with an official bronze medal struck by the Mint.

The bureau is now replicating this series of medals in .999 fine silver, each measuring 40.6 millimeters in diameter.

The U.S. Mint introduced the Presidential silver medals in 2018. The Pierce medal is the 14th issue in the silver series. The medals are currently offered at $65 each and contain an ounce of silver.

The Presidential silver medals are struck without Mint mark at the San Francisco Mint. Since the medals do not bear a Mint mark, they could be produced at any of the Mint’s three other production facilities in the future, according to U.S. Mint spokesman Michael White.

The obverse portrait of Pierce was rendered by 19th century sculptor Salathiel Ellis for the original Pierce Indian peace medal released in 1853.

The reverse design is by artist Joseph Willson. The reverse depicts a farmer, leaning upon a plow, and conversing with an Indian chief, an American flag in the background, and above it is inscribed LABOR, VIRTUE, and HONOR. At the base J. WILLSON is inscribed. 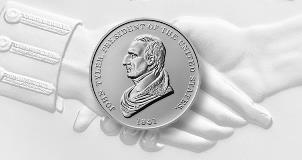 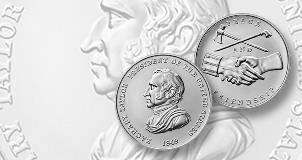 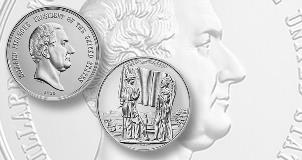