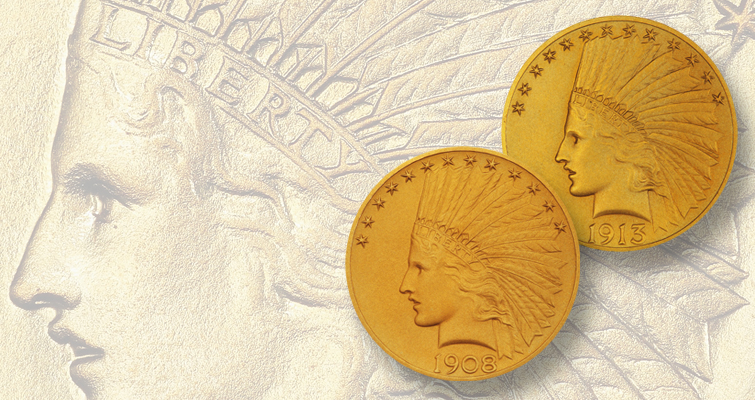 The collection starts with the 1908 Indian Head, With Motto $10 eagle graded Proof 67+ by PCGS that is tied with one other as the finest-certified at PCGS. Forsythe’s 1913 eagle is graded Proof 67 and is tied with two others for top honors at the service.

Legend writes, “This Hall of Fame set is the ALL TIME #1 Professional Coin Grading Service Registry Set, with a weighted GPA of 66.2. Every one of the eight coins in this amazing set is Certified Acceptance Corp. approved and ultra-high end in terms of visual and technical quality.”

The eight coins in the Forsythe Indian Head $10 eagle set are each graded by PCGS and carry green CAC stickers acknowledging quality within the grade.

The Indian Head eagle series was designed by Augustus Saint-Gaudens alongside his $20 double eagles, and both series continued until 1933. The first issues in 1907 lacked the motto IN GOD WE TRUST on the reverse, and 1908 saw two subtypes: one with the motto, and one without. Proof strikes of the With Motto subtype were first sold to collectors in 1908, with mintage records reporting 116 pieces struck, of which perhaps half survive today. Forsythe’s 1908 example grades Proof 67+ and is tied with one other for the finest-graded at PCGS. The Matte Proof finish, sometimes called Sandblast Proof finish, was inspired by European mints but proved relatively unpopular with collectors.

The initial enthusiasm cooled in the next year, with just 74 struck for 1909, and the Forsythe Collection example is graded Proof 66. It is one of only three like-graded coins at PCGS, with two finer. In contrast with the Brilliant Proof coins, with deeply mirrored fields and reflective devices, that the Philadelphia Mint produced in the Coronet gold series, the Mint experimented with variations on the Matte Proof finish for the Indian Head $2.50, $5 and $10 denominations, alongside the Saint-Gaudens double eagles. Legend writes, “The new artistic concept was not ‘shiny’ as in earlier issues,” with the Mint refining its finish to a more satiny look in 1909, but “These too were a commercial flop.”

More vibrant than the green-gold Matte Proof issues of 1908 and 1909, 1910 saw widespread use of what is called the “Roman Finish” by collectors today. This finish was a bit flashier, and the collection’s 1910 example is the sole finest-graded at PCGS, at Proof 67+.

Forsythe’s 1911 Indian Head eagle, graded Proof 67, is bested by only one other example at PCGS.

In 1912 the number of stars on the edge of Indian Head eagles increased from 46 to 48, recognizing the addition of New Mexico and Arizona as states, and Forsythe’s example is graded Proof 66.

His 1913 eagle is another finest-known example, an honor shared with two other Proof 67 eagles certified at PCGS. The series concludes with the 1914 and 1915 issues, and his are graded Proof 65 and Proof 66, respectively.

Legend calls the offering, “A highlight of the entire numismatic year in 2021,” advising bidders, “While lesser grade Proofs might appear at auction from time to time, a complete set, well matched in terms of quality and eye appeal, with CAC approval is an opportunity that cannot be missed!” 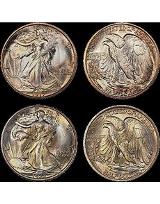 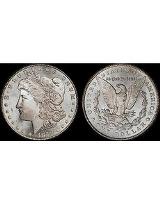 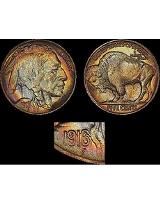