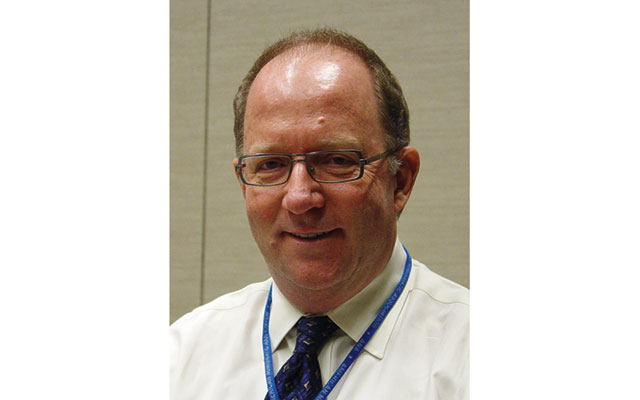 The American Numismatic Association announced on Feb. 11, 2015, that it has settled its legal battle with its former executive director Larry Shepherd.

The announcement stated: “The American Numismatic Association (ANA) and former ANA Executive Director Larry Shepherd jointly announce that all claims arising from a lawsuit filed by Mr. Shepherd against the ANA and various individual defendants have been settled to the mutual satisfaction of all parties. Terms of the settlement will remain confidential, by agreement of the parties.”

The statement added, “The ANA acknowledges Mr. Shepherd’s leadership and accomplishments in helping improve the financial position of the ANA, resolving litigation that was pending at the time of his hire, investigating thefts from the ANA, and promoting the ANA’s membership benefits and conventions.”

Shepherd served as the executive director of the ANA from April 2008 through September 2011, when the ANA Board of Governors unanimously voted to end its employment relationship with Shepherd. In a Sept. 28, 2011, press release the ANA stated that it ended its employment relationship effective Sept. 20, 2011, and that Shepherd was placed on paid administrative leave on Aug. 20, 2011.

In that press release, then-ANA President Tom Hallenbeck stated, “We appreciate Shepherd’s past three years of contributions, but the Board determined the association needs to move in a different direction going forward, providing greater focus on its core educational mission.”

Shepherd filed an amended complaint on May 24, 2013, claiming that several ANA employees and elected officials including current ANA executive director Kimberly Kiick (who was ANA’s senior operations manager during the majority of Shepherd’s tenure with the ANA), and others protested his investigation into employee thefts at the ANA museums and retaliated by ending his employment.

Shepherd also claimed that he was targeted by several ANA staff members, who, unhappy with changes Shepherd had “put in place to restore ANA’s financial health and reputation,” falsely accused him of “discriminatory and harassing conduct and unsatisfactory work performance.” These false accusations, Shepherd argued, resulted in the termination of his employment and “resulted in significant and irreparable damage to Mr. Shepherd’s professional reputation.”

Shepherd declined to provide further comments on the settlement.

Following announcement of the settlement, ANA President Walt Ostromecki told Coin World: “Approximately 98 percent of all civil cases in the United States are resolved with settlements. We believe that settling this case was the best course of action on behalf of the ANA to avert months and potentially years of additional, time-consuming litigation. Fortunately, the ANA had insurance coverage that will cover the vast majority of the costs relating to the litigation. We can now move forward with all of our personnel and financial resources focused on the association’s primary mission: numismatic education and hobby fun.”

At the Aug. 9, 2014, meeting of the ANA Board of Governors at the 2014 World’s Fair of Money in Rosemont, Ill., ANA general counsel Hollie Weiland said that the ANA was optimistic about its chances of a favorable outcome should the case proceed to trial. Weiland confirmed during an Oct. 14, 2014, ANA Board meeting that the litigation between the ANA and Shepherd remained ongoing at that time, although a trial date had not yet been established.

On Feb. 3, Shepherd filed a notice of settlement with the U.S. District Court in Denver, notifying the court that the parties had reached a settlement.