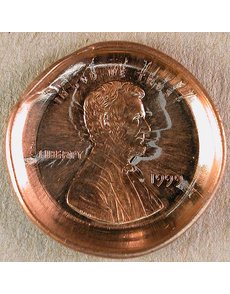 This massively broadstruck and deeply cupped 1999 Lincoln cent shows a clear outline of exposed zinc around Lincoln’s head. This area is particularly prone to “split-line doubling.” 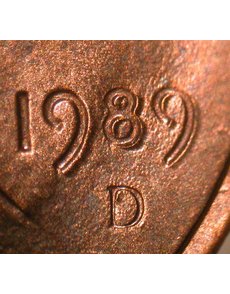 Incuse die deterioration doubling has developed where the date intersects the swollen field on this 1989-D Lincoln cent. This form of doubling is rare on other coins but not the zinc cents. 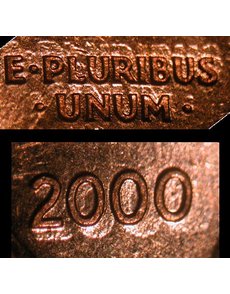 This 2000 Lincoln cent shows a radial pattern of puffy, raised doubling extending from many design elements on the obverse and reverse faces. 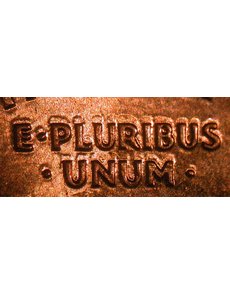 Raised, radial doubling affects many design elements on the reverse face of this 1993-D Lincoln cent, including the motto e pluribus unum. 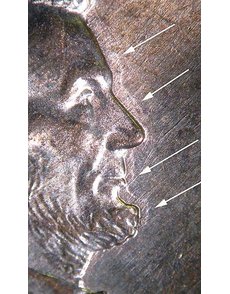 A ghostly profile has formed to the right of Lincoln’s face on this 1993 cent. It most likely represents a plating disturbance.

Doubling of design elements rivets the attention of error and variety collectors. Most collectors are hoping for a doubled die (hub doubling) or a double strike. The majority of collectors have their hopes deflated when they find they have examples of machine doubling and die deterioration doubling.

Many forms of doubling beyond those just mentioned can be found on coins. Some forms are raised, some are incuse and still others are level with the field. New forms of doubling appear regularly. Just recently, in Collectors’ Clearinghouse in the Feb. 21 issue of Coin World, I reported on a novel form of doubling associated with the use of the laser-frosting technique on proof dies.

Certain forms of doubling are largely or completely restricted to coins of particular a composition. The hardness of a metal, its visco-elastic properties and whether it’s a solid alloy or some sort of composite can lead to distinctive effects. This exclusivity is readily apparent in copper-plated zinc cents.

Split-line doubling (also called split plating doubling) is the exclusive province of zinc cents. A stellar example is shown here on a massively expanded, strongly cupped 1999 Lincoln cent that was struck out-of-collar (broadstruck). Lincoln’s head is surrounded by a distorted outline of exposed zinc. Here the copper plating was stretched to the breaking point.

Although most commonly seen on broadstrikes and off-center cents, split-line doubling can be found in a mild form on otherwise normal cents. It can affect any design element and is often misinterpreted as evidence of a double strike.

Although zinc is a soft metal, it is paradoxically rough on dies. This may be due to variable visco-elastic properties when subjected to rapid compression under many tons of pressure. Some substances stiffen up when rapidly deformed, in the same way that Silly Putty will tear when rapidly pulled apart.

I’ve collected a few examples of yet another type of doubling restricted to copper-plated zinc cents. It takes the form of raised accessory elements that extend from their normal counterparts. An excellent example is shown on the broadstruck 2000 Lincoln cent shown here. Puffy, raised doubling extends in a radial fashion from the normal raised design elements on the faces of both sides.

The same sort of doubling is present on a 1993-D Lincoln cent that was sent to me by Thomas Summers. However, this coin was struck within the collar and is otherwise perfectly normal.

A final example, discovered by Mike Hauss on a 1993 Lincoln cent, is shown in a photograph provided by BJ Neff. Here the doubling is restricted to a second profile of Lincoln’s face.

These final three examples with raised doubling show no evidence of a double strike. They’re clearly not doubled dies. Nor do they represent a Type II counterclash (a form of die damage). The doubling doesn’t seem to be related to die deterioration since none of the coins show evidence of a late die state or any other signs of die deterioration.

I think the name “disturbed plating doubling” or “plating disturbance doubling” would be an appropriate moniker for this phenomenon.