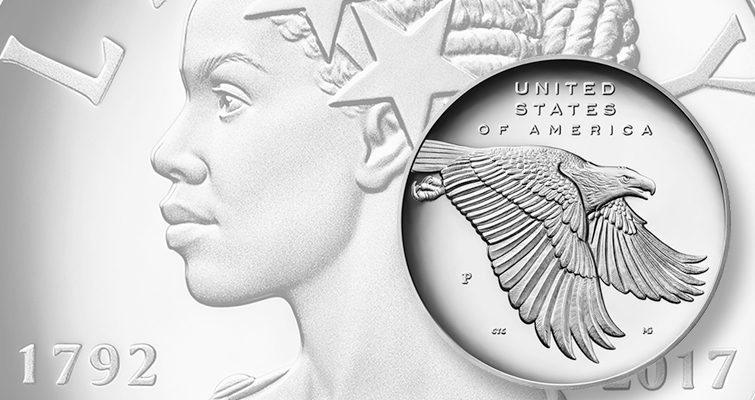 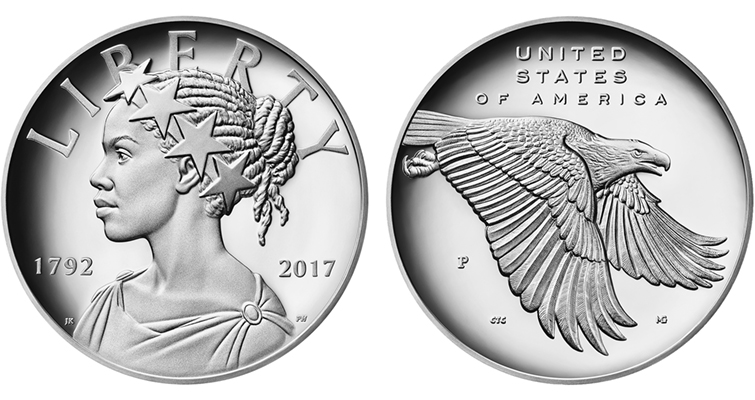 The first of what are five planned 2017 American Liberty silver medals will be available to collectors through the U.S. Mint beginning at noon Eastern Time June 14.

The medals bear the same obverse and reverse designs that appear on the 2017-W American Liberty, 225th Anniversary gold $100 coin celebrating the U.S. Mint’s establishment in 1792.

The first silver medal is one of two issues being struck at the Philadelphia Mint and bearing the P Mint mark.

The Mint is imposing no order or product limits, nor is it restricting the number of pieces that can be purchased per household. The price of the medal has not been announced yet.

The first Philadelphia Mint strike, being offered June 14, is a standard Proof, with frosted devices against mirrored fields.

The second Philadelphia Mint medal will be a Reverse Proof piece offered in a four-medal set late in 2017 to also contain medals struck at the San Francisco, West Point, and Denver Mints. The three other medals also available only in the set are a 2017-S medal that also has a standard Proof finish, a 2017-W medal exhibiting an Enhanced Uncirculated finish, and a 2017-D medal with an Uncirculated finish.

The 40.6-millimeter American Liberty 1-ounce silver medals are struck on the same kind of blanks as are used for the American Eagle silver dollar. The medals’ edge is plain.

The relief will be lower than that which appears on the high-relief gold coin.

This article was updated at 11:35 a.m. ET May 21 with additional ordering details. 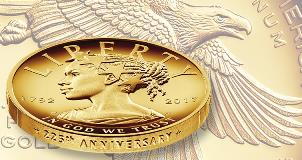 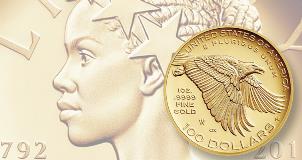 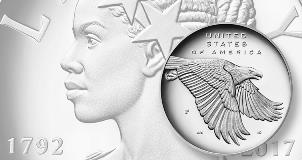