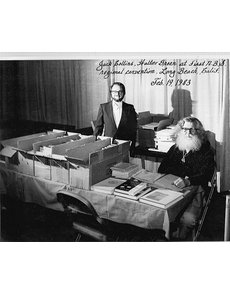 America’s first coin auction catalogs, issued from 1851 to 1869, featured a line or two of description per lot, and no pictures.

This changed June 23, 1869, when Edward Cogan presented the catalog of the Mortimer Livingston Mackenzie Collection. Cogan, an Englishman who had immigrated to America in 1853, began as a picture dealer, adding coins as a sideline in 1855; within two years, numismatics was his main business and he held his first coin auction in 1858. It was not illustrated, nor were 18 others that followed through 1868.

The Mackenzie Collection gave Cogan two good reasons to include photographs. First, he was playing catch-up with his former countrymen, for the world’s first photographically illustrated coin auction catalog was Christie, Manson and Woods’ sale of the Lowenstein Brothers Collection, held in London in 1860.

Second, although the Mackenzie Collection included a cross-section of U.S., European and ancient coinage, in 1869, copper was king, and Mackenzie’s collection of half cents and large cents was princely. It contained only 86 coppers, but virtually all of them were choice. The auction offered, for example, three “perfectly uncirculated” 1793 Flowing Hair, Chain, AMERI. cents, and two AMERICA cents graded “very nearly uncirculated.” Gems such as these demanded photographs.

Although the Mackenzie Collection is the first illustrated American coin catalog, not all Mackenzie sale catalogs are illustrated, nor are those with photographic plates all created equal. Cogan issued Mackenzie catalogs both with and without plates, and for some unknown reason, some of the illustrated versions have four plates, while others have five.

Exactly how many photographically illustrated Mackenzie catalogs were printed is unknown, but John W. Adams, in his masterful United States Numismatic Literature: Nineteenth Century Auction Catalogs, estimated that between 50 and 100 were printed, with fewer than 50 surviving today.

Adams noted that although Cogan used photographs to illustrate six other of his coin sales, “none of these compare in quality of photography with the Mackenzie masterpiece.” You can own a photographically illustrated copy of this masterpiece for a fraction of the cost of a comparably rare coin, but you should resolve to seize the opportunity to buy whenever one presents itself, for plated Mackenzie sale catalogs appear only infrequently.