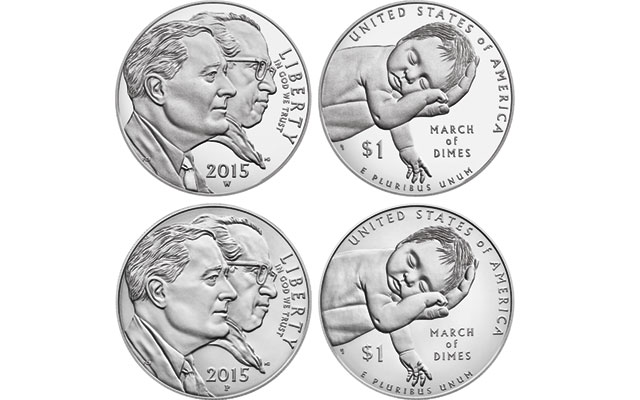 The first day of sales March 13 by the U.S. Mint for Proof and Uncirculated 2015 March of Dimes silver dollars reached a combined total of 24,376 coins.

The total is 4.9 percent of the maximum combined authorization of 500,000 Proof and Uncirculated commemorative silver dollars.

The purchase price of each coin includes a $10 surcharge. Net surcharges, after the U.S. Mint recoups its production costs, are to be paid to the March of Dimes "to help finance research, education, and services
aimed at improving the health of women, infants, and children," according to the authorizing act, Public Law 112-209.