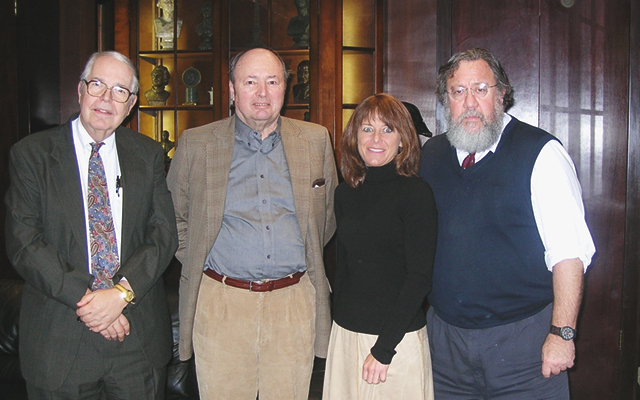 A few weeks ago the American Numismatic Society presented John Weston Adams with its Archer Huntington Award medal, an honor reflecting his decades of numismatic research and scholarship. John, born in 1936, discovered rare coins at age 9 when he tried to fill his Whitman folders with one of each Lincoln cent from 1909 to date.

Today, John is as active as ever in numismatics, is the author of several reference books and countless articles, and is probably exploring some new frontier in the hobby — a true Renaissance Man.

Many collectors burn out in a year or two. How has John sustained this interest for nearly 70 years? The answer: by diversifying his interests and exploring new areas.

Similarly, Emery May Holden Norweb, born in 1896, entered the hobby at the age of 10 when her father gave her an old coin. This started one of the most remarkable careers in the history of our hobby. Over a long period of time, she accomplished much in one field (her collection of American Colonial and federal coins was one of the finest ever formed) and then went to another. Before she passed away in 1984 at the age of 88, her latest passion was communion tokens of Scotland! There was always something new to be learned.

When John Adams reached a point of satisfaction in one series, he went on to explore another. From Lincoln cents he moved on to collect other specialties, ranging from Flying Eagle and Indian Head cents to copper cents of 1794 (he built one of the finest collections ever), to Betts medals treating the history of Colonial America, the medals of John Law (famous speculator), to Comitia America medals authorized by Congress, to Admiral Vernon medals.

I can speak to the same philosophy from my own experience. I started at the age of 13 in 1952 with Whitman folders and a search for Lincoln cents. Along the way I became a dealer. I decided not to compete with my clients in the field of federal coins. I took roads less traveled, such as counterstamped coins, tokens, and obsolete paper money.

Above all, I collected information. While still a teenager, I interviewed B. Max Mehl, Stephen Nagy, Charles Foster, Joseph and Morton Stack, and many other dealers and collectors. I bought not only numismatic books, but many volumes on American history. If asked, and without using notes, I could probably give a day-long seminar on the California Gold Rush, the Philadelphia Mint, lost and found treasures, and several other topics.

What does this have to do with you? Henry David Thoreau suggested, to make life more enjoyable: Simplify. Simplify.

With a nod to him I suggest that to make your numismatic life more enjoyable: Diversify. Diversify.