Finding cents with an engraved edge? 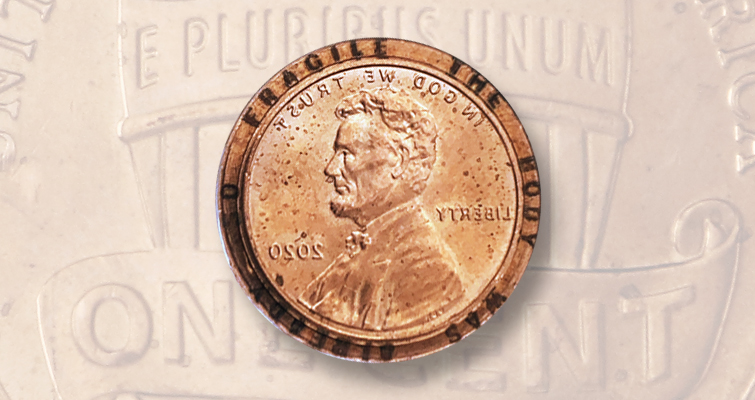 Special photographic technique captures the laser-engraved message THE BODY WAS ALREADY SO FRAGILE on the edge of this 2020 Lincoln cent, one of 120,000 coins so marked. (A mirror image of this cent's obverse is also captured by this technique.) 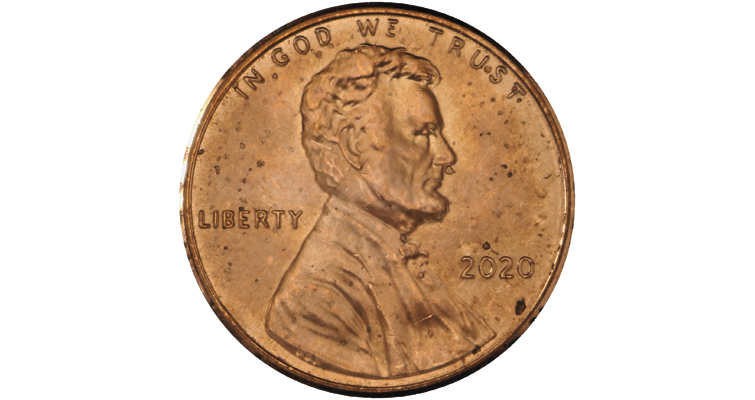 This is the pictured example among the 120,000 2020 Lincoln cents edge-engraved by laser with THE BODY WAS ALREADY SO FRAGILE in the “TENDER Project,” commissioned in the fall of 2020 by Creative Time, a New York-based nonprofit arts organization. 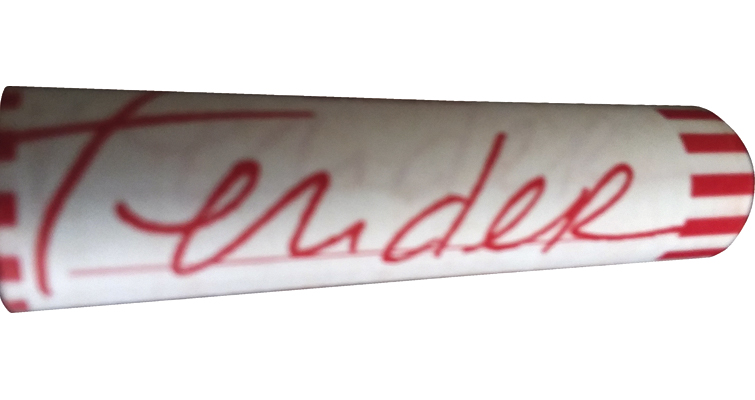 The engraved cents in the “TENDER Project” were rolled in explanatory printed wrappers holding 50 cents each and distrbuted around New York City. 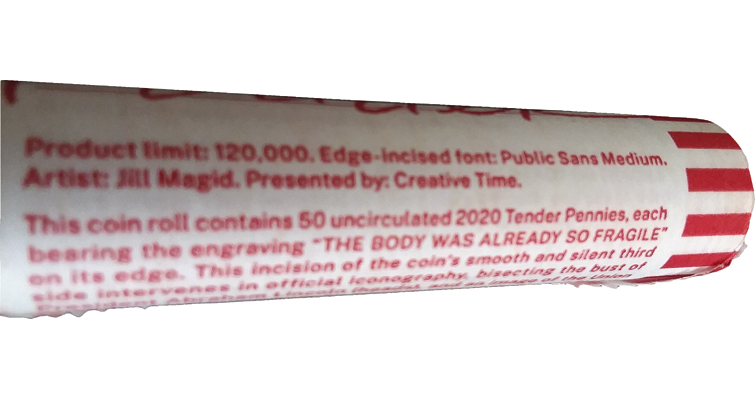 Printed wrappers for the cents engraved in the TENDER Project describe the project. 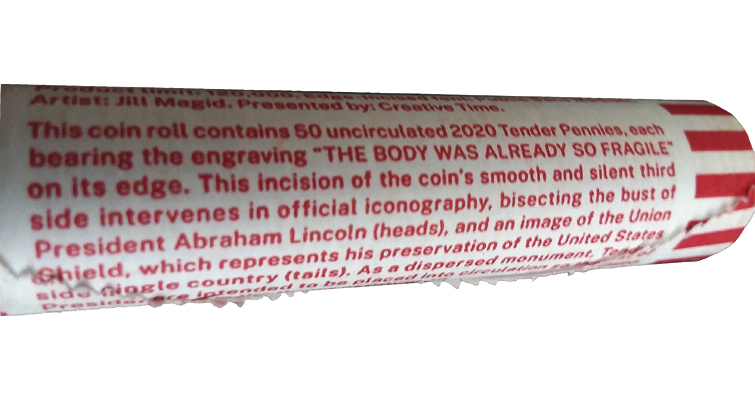 Roll wrapper for cents in the TENDER Project further describes the roll content and the project. 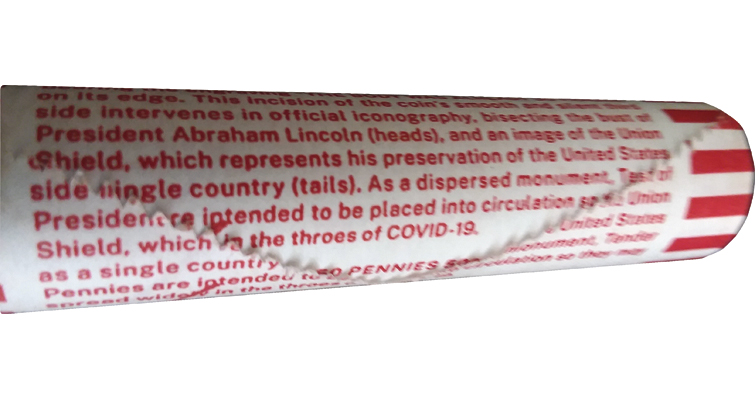 New York City artist Jill Magid expressed her view of American society’s greater concern for financial bodies over human ones during the COVID-19 pandemic by having the otherwise plain edge of 120,000 2020 Lincoln cents laser-engraved and hand distributing the coins in 50-coin rolls primarily to bodegas across the city to spread the message.

The coins are laser-engraved THE BODY WAS ALREADY SO FRAGILE, and the specially printed paper wrappers were hand-marked TENDER in red permanent ink.

The printing on the rolls explains the reasoning for the project.

The “TENDER Project” was commissioned in the fall of 2020 by Creative Time, a New York-based nonprofit arts organization founded in 1974.

“What kept striking me during the pandemic was the casual and causal relationship between economics and health,” Magid told Artnet News in an online article. “There was a constant [question] of ‘how’s the stock market doing?’ versus ‘How many people are getting sick or dying?’ that I felt we were hearing in the media a lot — the relationship between financial health and mortality rates.”

Magid pulled the edge engraved statement from an article she had read.

Magid settled on the number of Lincoln cents, 120,000, to reflect the $1,200 stimulus checks distributed by the federal government under the CARES Act.

Magid enlisted the services of an engraver in the Sheepshead Bay neighborhood of Brooklyn to construct equipment to accommodate the mass laser engraving of the cents.

Magid is quoted as saying the font used for the laser engraving is the first one the federal government developed for public use.

Ron Norwich, retired from Ridgewood Coins in the Queens community of Ridgewood, New York, said a number of the rolls were dropped off at the coin shop to be distributed. Norwich said he has been looking in circulation to find any of the engraved Lincoln cents that were placed into circulation elsewhere, but as of April 26, had not yet seen an example in pocket change. 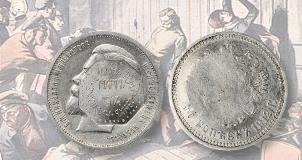 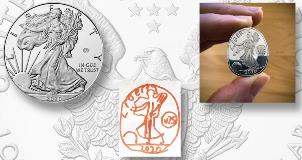 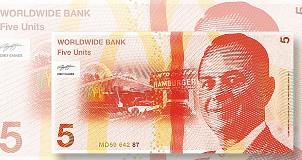