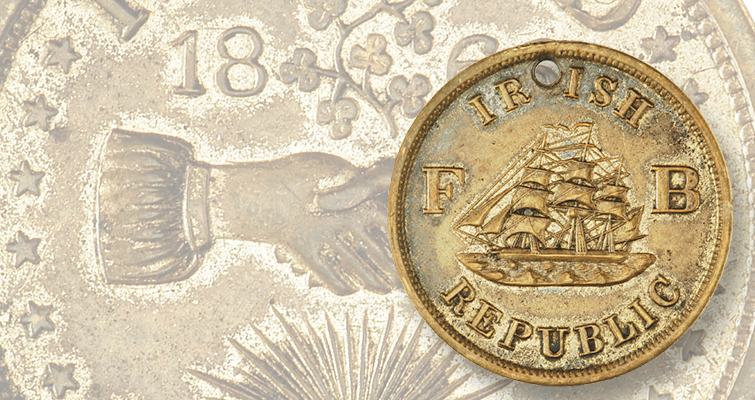 The Fenians prepared a highly original plan to attack the British, not at home but in the Western Hemisphere. 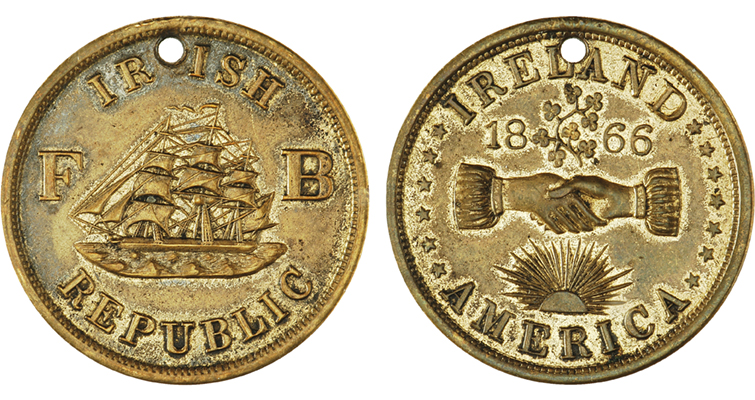 The issuer of this medal was the Fenian Brotherhood, an Irish revolutionary organization founded in the United States in 1858 by exiles.

The Research Desk column from the Jan. 9, 2017, weekly issue of Coin World:

The 30-millimeter brass medal bearing a ship under full sail flanked by F – B and the legend IRISH REPUBLIC presents several mysteries to today’s collectors.

A robust 2.5 millimeters thick and pierced for suspension, the medal’s reverse presents clasped hands between IRELAND and AMERICA, the date 1866 in a shamrock spray, and at base a radiant rising sun.

The issuer was the Fenian Bro­therhood, an Irish revolutionary organization founded in the United States in 1858 by exiles including the learned John O’Mahony and Michael Doheny. O’Mahony later joined one of the many “Irish Brigades” fighting with the Union Army in the American Civil War.

The U.S. Army valued these hard-fighting volunteers, many of whom marched off from their mustering-out shouting “Ireland Next!”

The Fenians prepared a highly original plan to attack the British, not at home but in the Western Hemisphere. Armed with war surplus American rifles, Fenian volunteers would invade Canada and hold it, negotiating its return to Britain in exchange for Ireland.

This audacious plan’s success depended on benevolent neutra­lity of the U.S. government and cooperative blindness of the distinctly anti-British U.S. Army.

The raids were launched and spirited fighting took place. Both Fenian and Canadian volunteers fought valiantly, but the Irishmen failed to sweep the field.

A campaign bar FENIAN RAID was provided as the British award medal for this fighting.

The raid stimulated agitation for closer union among the Canadian colonies, which came together in 1867 as the Dominion of Canada.

In the U.S., the principal Irish revolutionary organization became Clan na Gael, which remained active through the Irish War for Independence, 1917 to 1922. The secret, oath-bound Irish Republican Brotherhood was born at the same time.

The principal numismatic relic of the Fenian affair is an elusive medal. The identity of engraver and manufacturer are not known with absolute certainty, though Leonard Forrer names “SEWELL (Amer.). Die-sinker of New York, of Irish origin, by whom is a Fenian Brotherhood Badge, 1866 …” Lawrence Brown, British Historical Medals, 1837-1901, assigns this number 2863 and repeats the name Sewell. Both references provide concise histories of the Fenian movement. 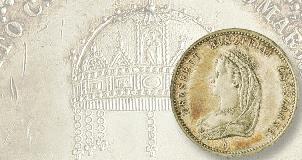 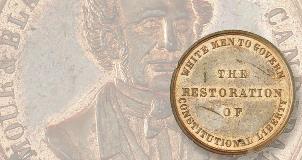 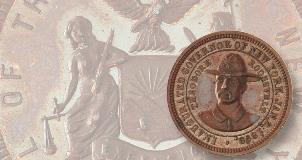