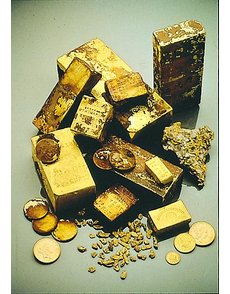 More than a ton of gold ingots, coins and nuggets were recovered from the wreckage of the SS Central America in the late 1980s. Investors who financed the operation have sued for what they say is their share of the profits. 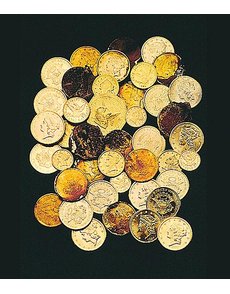 Among the thousands of gold coins found at the wreck site were numerous 1857-S Coronet $20 double eagles, which were newly struck when the ship sank in 1857.

A federal jury trial is scheduled to start June 27 in Columbus, Ohio, in a lawsuit filed by investors who financed the salvage firm that found and recovered tons of gold ingots and coins from the wreck site of the SS Central America.

More than 600 documents have been filed in the matter, which was initiated in a Columbus common pleas court in 2005. The federal trial starts at 9 a.m. June 27.

The suit was filed by investors who funded efforts by Thomas “Tommy” Thompson, who founded an Ohio company — Recovery Limited Partnership — in the mid-1980s for a search-and-recovery project for the shipwreck of the SS Central America, a steamer ship operated by the United States Mail Steamship Co. that sunk off the Carolina coast in 1857. In total, 161 investors participated in Recovery LP and raised $12.7 million to find the shipwreck.

The Central America had been bound from the east coast of Panama to New York City, carrying 500 passengers, 38,000 letters and nearly $1.6 million in gold (valued in 1857 dollars) including approximately 5,200 newly struck 1857-S Coronet gold $20 double eagles.

Thompson and his team embarked on a 40-day sonar search of areas of the Atlantic Ocean. They discovered a ship in 1987 approximately 160 miles off the coast of South Carolina and on Sept. 11, 1988, found the SS Central America’s flywheel. A month later the ship’s bronze bell was recovered and the ship was conclusively identified.

Recovery operations began in 1989 and in the next several years, more than a ton of gold, silver and other artifacts valued at more than $400 million were recovered, including 7,500 Coronet double eagles.

In November 1998, Columbus Exploration LLC was formed to handle the recovery and marketing of the wreck, led by Thompson as the chairman of its board of directors. Columbus Exploration had ultimately been awarded 92.2 percent of the treasure, the rest going to insurance companies that had paid out claims when the ship sank and had been fighting for their share of the treasure in the courts since 1990. The legal dispute between the salvors and the insurance companies lasted for years and was appealed by the parties to the United States Supreme Court, although the high court decline to hear the case. Partners in Recovery LP were given ownership interests in the new endeavor.

A new entity established by a consortium of coin dealers, California Gold Marketing Group LLC, was formed in California to market and sell the coins. Filings indicate that Thompson sold the gold to the California Gold Group in 2000 and the original investors say that they were shut out of the profits.

The issues in the case are laid out in the initial complaint, filed in 2005 in Ohio’s Franklin County Court of Common Pleas. In the complaint, the Dispatch Printing Co. and Donald C. Fanta — investors in Columbus Exploration —claimed that Columbus Exploration failed to provide investors with information on the finances and operations of the company and failed to pay investors.

The initial complaint stated, “Since approximately 2000, Defendants [Columbus Exploration and its directors] have refused to provide the members of Columbus Exploration, including Plaintiffs, with any meaningful information regarding the company’s finances and operations or what happened to Plaintiffs’ investment.”

The investors claim that they have yet to see any profit from the investment and Thompson’s attorney has stated that while no payments have yet been made to investors, “the plan is ultimately to make payments.”

Others, hired by Thompson to help find the wreck, claim that they have not been paid the full amount of what has been owed to them and filed a suit in federal court in 2006. Thompson has stated that the ongoing litigation has kept him from being able to raise money to recover what he claims is more gold from the SS Central America — as much as 18 tons that still may be lying on the ocean floor according to Thompson.

The case is set for a final pretrial conference scheduled for June 13. U.S. District Judge Edmund A. Sargus in a May 27 order denying motion by Thompson for a continuance, wrote “this case has already been pending for over five years, and the Court is not confident that Thompson’s motion for a continuance is not a means to further delay adjuration of the Party’s claims. …”

Most of the gold recovered from the shipwreck has entered the marketplace through auction and private treaty transactions. While the gold that was found is tangible and now safely housed in thousands of collector’s collections, much of the money made from the original recovered treasure has been spent on legal fees, expenses, payments to insurance companies, and other various transaction costs, according to documents. ¦

Editor's note: The image courtesy line is corrected from an earlier version of this article.