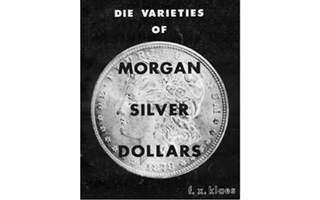 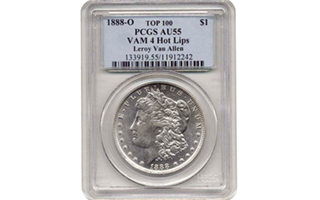 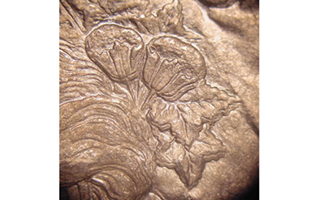 The Klaes book included the first published appearance of several now famous varieties, including the 1878 VAM-44 — the “King of VAMs.” 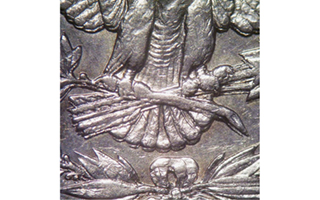 Another noteworthy introduction was the “Shifted Eagle” 1901 Morgan dollar, now the VAM-3 variety.

What has become known as VAM collecting is based on the work of Leroy Van Allen and A. George Mallis, authors of the Comprehensive Catalog and Encyclopedia of Morgan & Peace Dollars.

Before the 1950s, interest in some of the series’ variations had peaked and waned several times, but Morgan dollars themselves weren’t considered part of the mainstream by many people. Then, the Treasury Department releases in the 1950s and early 1960s of millions of Uncirculated dollars at face value made the coins cheap and readily available.

The old adage about no such thing as “bad press” certainly proved true for silver dollars. Entire bags could be bought at or near face value and searched at leisure for better dates.

With the explosion of attention suddenly devoted to the series, some of its more noteworthy varieties also came to light. It was in this environment in 1963 that Francis X. Klaes wrote his groundbreaking work, Die Varieties of Morgan Silver Dollars. While it only contained 55 listings, each was plated, many for the first time.

Among new discoveries were the VAM-44 1878 Morgan dollar, often called the “King of VAMs” and the VAM-3 1901 dollar, also commonly known as the Shifted Eagle.

The greatest impact Klaes’ book had was finding its way into the hands of a young numismatist named Leroy Van Allen as he searched bags of dollars for 1878 dollars and better dates.

Figure 33 in the booklet illustrates an 1888-O Morgan dollar with dramatically doubled obverse. Shortly after seeing it pictured, Van Allen found an About Uncirculated example, now popularly referred to as the “Hot Lips” variety.

Van Allen credits this find as changing his focus from date collecting to the study of varieties. In a very tangible way, every dollar we now note as a VAM can trace its roots back to Van Allen’s first find and the book that showed him what to look for.

Today, Klaes’ book is fairly rare, much harder to find than any of the Morgan dollars it first illustrated.