Extraordinary luck just as important as cash in finding rarities 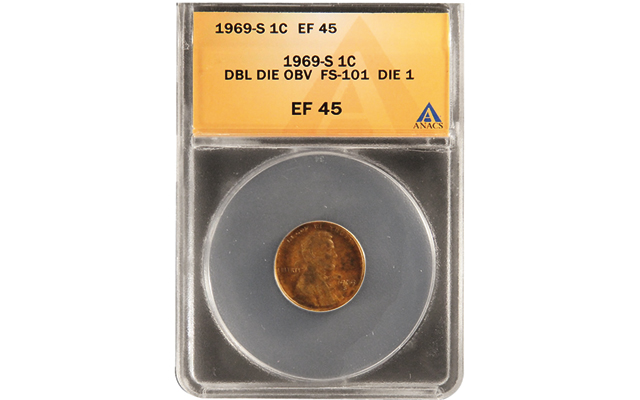 Sometimes it doesn’t take a fortune to own a rare coin. Rather, it takes something rarer: a bit of extraordinary luck.

It’s an exciting find that would make even our trusty “Found in Rolls” columnist Bill O’Rourke go a bit crazy.

The discovery has been authenticated and graded by ANACS Extremely Fine 45 and with comparable examples selling around the $20,000 level, the collector has a game-changing coin that will certainly transform his collection.

Another discovery found while going through rolls and featured in this week’s issue is a circulation-quality 2014 Calvin Coolidge Presidential dollar missing its edge devices.

To place the discovery in context, consider that the last known discovery of a new circulation-quality Presidential dollar missing its edge lettering was a 2012 Grover Cleveland, First Term dollar.

Edge inscriptions are applied after the coins are struck, in a separate production step. Presidential dollars missing edge devices — including the date and Mint mark, which are included on the edge — have become rarer in recent years.

As our news editor Bill Gibbs explained to me, edge inscription equipment was not fully integrated into the production line at the Mint facilities until 2009. The separation of the edge inscription equipment in 2007 and 2008 helps account for the larger numbers of coins with plain edges from those two years. As the missing edge device errors are more common on some of the 2007 and 2008 Presidential dollars, the prices for many of the earlier issues are more modest than the rarer, recent issues.

Like the 1969-S Lincoln, Double Die Obverse cent, the discovery of a new Presidential dollar missing edge lettering makes one fantasize on what else it out there, awaiting sharp collector’s eyes.

Of course, not all discoveries are equal in terms of the market’s interest. Each month John Wexler showcases new varieties, including many discovered by Coin World readers, and most are of a relatively minor nature. That does not diminish the thrill of the hunt, however.

John Roberts focuses just on varieties of Morgan and Peace dollars, a field where the top several hundred varieties can command substantial premiums, but many more are available for just a bit over the price of a “normal” example.

All discoveries aren’t equal in terms of their legality, either. Take the 1974-D Lincoln aluminum cent that was recently unveiled to the numismatic community and set to be sold at auction this spring. It was withdrawn at the request of the U.S. Mint. The Mint claims that the piece was never authorized to be issued as a coin, never made legal tender, and as such cannot be privately owned.

Keep hunting for rare coins, and let us know what you find!