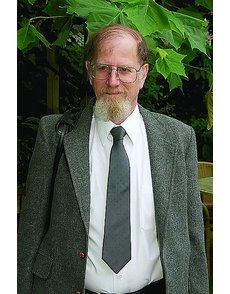 Image courtesy of the family of Steve Tanenbaum.

Stephen L. Tanenbaum, 62, was fatally injured Feb. 11 in New York City when he was struck by a car driven by fleeing murder suspect Maksim Gelman (see related story, Page 54). He was not killed immediately, but died of his injuries later.

Mr. Tanenbaum was an expert in Civil War tokens, Hard Times tokens, inaugural medals, merchant and transportation tokens, and many other areas of exonumia.

A collector since childhood and a dealer for more than three decades, Mr. Tanenbaum was known to have assembled consummate collections of his own of exonumia in which he also was a dealer. He was often the go-to person to answer questions in many esoteric areas, often in areas of extremely rare and sometimes unique material for which Mr. Tanenbaum held the only known examples.

Born in the Bronx, N.Y., Mr. Tanenbaum was reared in White Plains, N.Y. He earned a bachelor of science degree and master of science degree, both in material sciences, from Cornell University, followed by a master’s degree in business administration from the Massachusetts Institute of Technology’s Sloan School of Management.

Mr. Tanenbaum worked as a financial analyst for several years for the Xerox Corp. in Rochester, N.Y. When he lost his job due to a company-wide downsizing in the early 1980s, Mr. Tanenbaum took his severance package and pursued his dream of a numismatic career, according to his older brother, Andrew.

Andrew Tanenbaum said Steve became involved in collecting at a young age. Andrew recounted how Steve, at around 8 or 9 years old, asked their father for $100. Steve took the $100 and went to the bank to obtain rolls of 5-cent coins. He’d remove what he wanted, substitute replacements and return the coins to a different bank, asking for another denomination and repeating the process again and again, according to Andrew.

Steve continued to search rolls the remainder of his life, Andrew said.

During his time in Rochester, N.Y., Steve Tanenbaum pursued dealing in tokens and medals part-time, going full-time in 1981. Mr. Tanenbaum formed a business partnership with Richard Rossa in 1978, under the name Rossa & Tanenbaum — Tokens and Medals. That partnership lasted many years. The partnership made its debut at the 1978 American Numismatic Association in Houston.

In recent years, Mr. Tanenbaum had been separately affiliated with fellow token and medal dealers Ernie Latter from Florida and Steve Hayden from South Carolina.

The loss of Mr. Tanenbaum in terms of exonumia knowledge and research is immeasurable, according to colleagues and fellow collectors.

At the time of his death, Mr. Tanenbaum was spearheading a group of Civil War token collectors researching for publication the upcoming third edition of the store card catalog Civil War Store Cards, originally written by George and Melvin Fuld.

A longtime member of the Civil War Token Society, Mr. Tanenbaum was serving at the time of his death as its vice president, a position he had held since 2004. Mr. Tanenbaum had also been elected to eight two-year terms on the CWTS Board of Governors, and was most recently elected to serve on the board for the 2011-2012 term. He served as the CWTS verification officer for almost the last 10 years.

According to the CWTS Web site, at www.cwtsociety.com/: “Steve Tanenbaum is considered by many to be the most knowledgeable active person in the field of Civil War tokens. He has been relied upon for many decades as a consultant, editor, and contributor to numerous CWT works. ... Steve has handled, purchased, and built some of the greatest modern-day collections, although he always considers himself a collector first. He has discovered hundreds of new varieties, previously unknown die states, and odd Mint errors. ...”

Mr. Tanenbaum was co-author with Steve Hayden and Katherine Jaeger of A Guide Book Of United States Tokens And Medals.

Kraljevich said of Mr. Tanenbaum: “When I met him about 1989 at the Garden State Token and Medal Show, I hadn’t yet turned 12. I came to the show, full of enthusiasm and curiosity, toting my mom along with me.

“Steve and his partner, Rich Rossa, were gracious enough to sit with me, teach me, and explore the various areas I was interested in despite the fact that I had no real money to spend. Steve was constantly encouraging to me as a kid and sold me some of my favorite pieces.

“When I came back to coins as a professional at Bowers and Merena, Steve was gentle with his critiques and always available as a source of information. He was THE expert in so many areas of exonumia, but was always happy to share what he knew without a trace of pomposity. He was a real numismatist, a scholar, but was reserved enough that only his friends knew how brilliant he was.”

Added token and medal dealer David Schenkman, from Maryland: “I guess I knew Steve from about the time he started collecting tokens, some forty years ago. At that time I was putting out occasional price lists and he was a customer. Later, of course, he became a dealer. But, first and foremost he was always a collector, and he amassed very significant collections in those series that interested him. We had many mutual numismatic interests and our frequent phone conversations sometimes lasted for hours. He will be missed.”

A remembrance ceremony was held Feb. 15 at the Chapel at Sharon Gardens Cemetery in Valalla, N.Y. Burial was at the cemetery following the ceremony. ¦