Coin rolls like bowling: More you do, better chance of a 'strike' 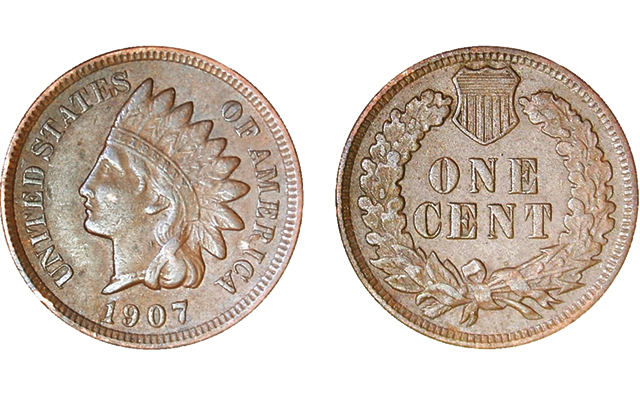 This 1907 Indian Head cent was recently found while the author searched through coin rolls. Increasing the frequency and amount of coins examined improves the odds of a collector finding more interesting coins like this.

I must admit that searching through rolls of coins is an obsession that I can’t give up.

I am sure that I examine more rolls of cents than just about anyone else that I’ve ever heard of.

Every week, I usually look through at least three boxes with 5,000 cents each, so I can easily approximate the number of cents that I’ve searched through during the last 15 years.

I choose that decade-and-a-half period of time as it has been about 15 years since the first “Found In Rolls” column was published in Coin World.

The number of cents that I’ve examined during that time frame is upwards of 11.7 million.

Whew, that’s a lot of “pennies”! (For the purists out there, I know that they are cents.)

You might ask me why the number of cents examined is an important fact to mention, and I would answer with one word: Perspective.

I occasionally get an email in which the writer asks how it is possible to find so many neat coins in rolls while some other people might feel that roll searching is a dead aspect of the coin collecting hobby.

Nothing left to find?

It seems that some folks think that there is nothing left to find. Well, the answer to that observation is also all about someone’s perspective.

Being a person who is fond of analogies, I would offer the following one as a way to add some perspective to the great hobby of looking through bank rolls to find collectable numismatic items:

If a person goes bowling one time per month and bowls only three games, the chances that he or she will roll a strike ball will be limited by the number of games played and the number of balls rolled down the lane.

However, if that same person were to bowl 20 games per day, every day, the likelihood that more strike balls would be thrown is greatly increased, simply because more balls will hopefully be rolled toward the pocket during any single visit.

Like bowling, roll searching is a game of numbers. The more coins you look through, the more “strikes,” or finds, you will make.

I found a 1907 Indian Head cent as I searched through rolls of what should have been Lincoln cents.

While this is not the first time I’ve discovered a 1907 Indian Head cent in a roll, the previous ones I’ve found were usually very worn examples.

This example I found, however, shows slight wear on the word LIBERTY, the feathers of the headdress and the hair ribbon. The coin would grade between Very Fine 30 and Extremely Fine 40, according to the Coin World’s Making the Grade.

So there you go, another strike.

Remember, if the searching gets rough, you never give up.

Good luck in your searching!