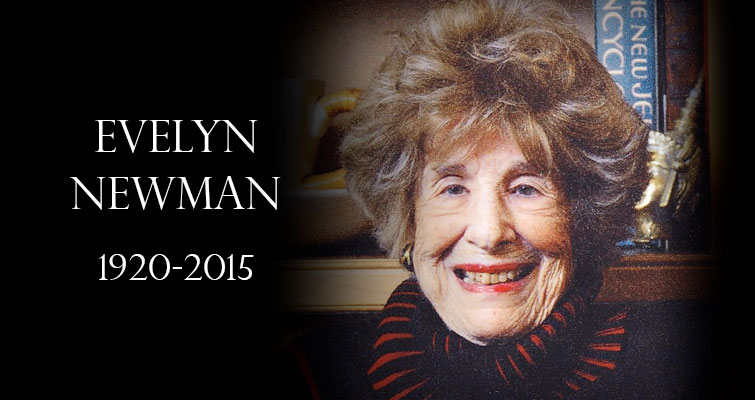 Evelyn Edison Newman, wife of renowned numismatist Eric P. Newman who supported his numismatic endeavors through more than 75 years of marriage and established her own philanthropic legacy, died Sept. 1 at age 95 in Barnes-Jewish Hospital.

Born July 25, 1920, in Atlanta, Evelyn Newman was raised in St. Louis where her father and his brothers expanded the family business, Edison Brothers, primarily a woman’s shoe manufacturing concern that subsequently branched out into other disciplines.

Donated used books that Evelyn Newman stored by the thousands at the Newmans’ Clayton, Mo., home in the 1950s became the foundation for the Greater St. Louis Book Fair.

In 1960, she helped establish a high-end used clothing store, credited with raising millions of dollars to support the Scholarship Fund of St. Louis. She is credited with the establishment of the butterfly house at Faust Park in Chesterfield, Mo., owned by the Missouri Botanical Garden.

At Washington University, the Newmans established the Eric P. Newman Education Center at the School of Medicine, a number of professorships and scholarship funds, and the Newman Money Museum.

In addition to her husband, Eric, 104, a retired Edison Brothers attorney, Evelyn Newman is survived by their son, Andy; a daughter, Linda Newman Schapiro; a brother, Julian Edison; five grandchildren; and 10 great-grandchildren.