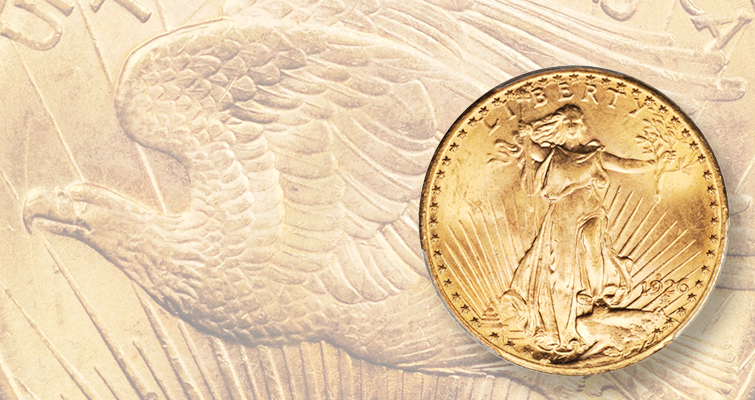 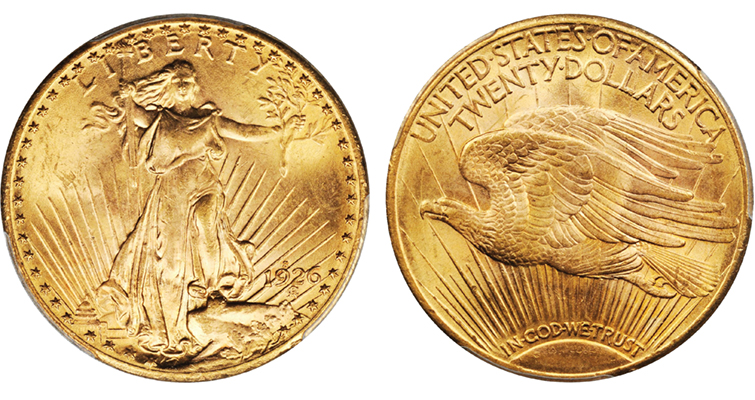 In 1961 the writer bought a beautiful Mint State 1926-S double eagle similar to this, priced at the same as EF and AU coins of the same variety.

I take a side trip from my continuing series on double eagles — next week I will discuss the fabulous S.S. Central America hoard of thousands of Mint State coins and hundreds of gold ingots lost at sea in 1857 and later recovered. This week I share some reminiscences from 1961, which in some ways seems like yesterday, but in reality it was 54 years ago. Many present Coin World readers were not born yet!

In 1961, Europe was a fertile hunting ground for American coin dealers. In London there were many American Colonial and early federal coins to be had from the three leading dealers — Spink, Seaby and Baldwin. In Switzerland, banks had gold coins, mainly double eagles, that had been in storage for decades.

Zurich, Switzerland proved to be the ultimate destination on my trip that year. All along the main thoroughfare, Paradeplatz, every bank had a selection of gold coins for sale, and several had numismatic departments. With my trusty Guide Book in hand I went from bank to bank to see what I find. Although the Swiss banks had counters with tellers and cashiers similar to an American bank, trading in gold coins was done privately. In one instance I was ushered to a room, the door was closed, and a gold specialist was assigned to me.

We started with a tray of gold coins of various kinds, mostly Liberty Head and 20th century half eagles, eagles, and, especially, double eagles. They were of miscellaneous grades, some of them with dark “vault grime” (easily enough removed with soap and water in many instances and acetone in others), and in grades generally ranging from Extremely Fine to Uncirculated. I picked out a half dozen, asked the prices, and bought most of them. That proved to be openers. I was, indeed a buyer. Otherwise, I would probably have been dismissed.

Tray after tray arrived in the next hour or two, and I bought dozens of coins from many hundreds examined. Double eagles that were not rarities were priced generically. There was no difference in price between an EF coin and one that was lustrous Mint State, all were the Swiss equivalent of, say, $40.25. I asked how many I could buy at the ask price, and the officer said that right now he could confirm an order for 100,000 coins, but for a larger quantity he would have to leave the room to check! I was amazed!

My host was wise to the fact that certain double eagles had higher values, such as those with a “CC” mintmark (he didn’t have any to show me) and Saint-Gaudens “D” and “S” coins from 1924 onward. I bought some scarce ones, such as a gorgeous Mint State 1926-S, picked from three at the same price, the others being AU.

As you may suspect, Switzerland became “discovered,” and in time most rarities were sold to dealers coming from all directions.