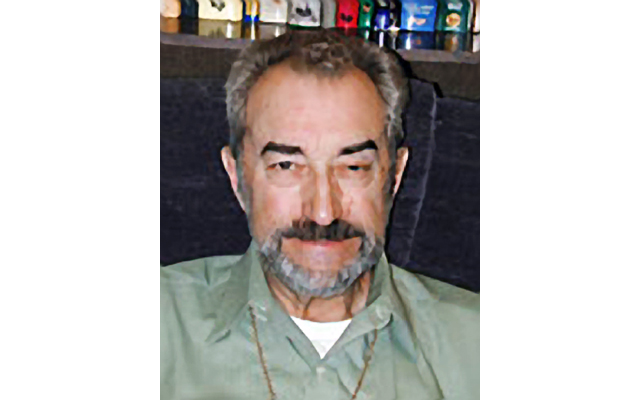 In 2004 Mr. Roosmalen sold his business to Jim Essence, who now runs Jim’s C&S in Madison.

Also in 2004, Mr. Roosmalen became the fifth person ever inducted into the Hall of Fame of the Combined Organizations of Numismatic Error Collectors of America. He was a board member of CONECA and twice recipient of the group’s annual Lyndon King Award for greatest achievement for the club.

He is survived by two daughters and a son, five grandchildren and five great-grandchildren, and a brother. He was preceded in death by four siblings.

A funeral service will be held at 11 a.m. on May 12 at Good Shepherd Episcopal Church in Sun Prairie. Visitation will be held at the church from 9 a.m. until the time of service.

The Roosmalen family suggests that in lieu of flowers, donations be made to the Good Shepherd Episcopal Church, 3416 Swansee Ridge, Sun Prairie, WI 53590-9495.

Mark Lighterman, president of CONECA, said Mr. Roosmalen “was one of the pioneers of the error and variety hobby. Besides being a CONECA board member, Len also served as the Errorama Show Chairman and as CONECA’s auctioneer.”

Lighterman said Mr. Roosmalen produced an error-only coin auction six times a year when he owned his own coin shop.

“Len was a mainstay of every Errorama I attended when Errorama was a stand-alone show. The last time I saw Len was at the ANA [convention] in Chicago three years ago. We talked for a while in between my busy schedule and I was glad to see a friend after so many years,” Lighterman said.

Fred Weinberg, longtime error and variety coin dealer, said, “Len was one of the earlier error coin dealers who carried a great inventory of errors, ran one of the best mail-bidding businesses for mint error coins and currency, and for decades was one of the few dealers that collectors could rely on for information on these wonderful mint emissions.”

Weinberg said he cannot exactly remember he first met Mr. Roosmalen, but “I know that it’s been at least 40 years that I’ve enjoyed his open, friendly personality, and his deep, resonate voice will always be remembered. My condolences to his family, he’ll be greatly missed in our special segment of numismatics.”

Tom DeLorey, longtime researcher of error and variety coins, said he was introduced to Mr. Roosmalen “back in the 1970’s by his fellow Wisconsinite, Ed Fleischmann, who was my mentor at [Coin World’s] Collectors Clearinghouse.”

DeLorey remembers that he and Mr. Roosmalen “chatted at many a coin convention, and Len was always available to bounce ideas off of concerning errors and how they happened. Though not one of the biggest dealers on the circuit, he was one of the nicest guys in the hobby.”

“Len had a very quiet presence, but a wealth of knowledge which he always shared with anyone he met,” Fivaz said.

“The error world is much less vibrant with Len’s passing, and my condolences go out to his family.”