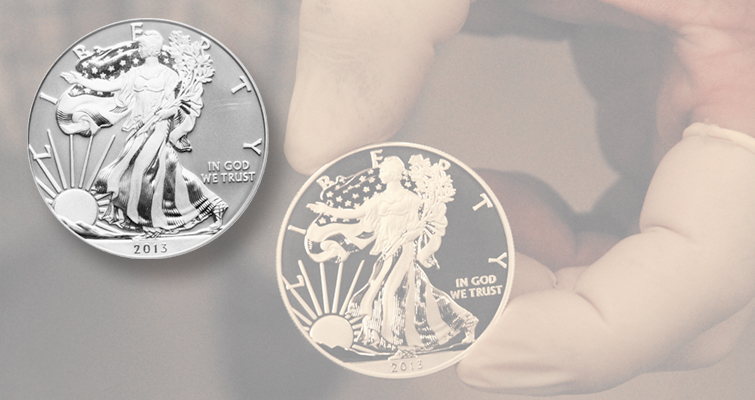 Enhanced Uncirculated 2013-W American Eagle silver dollar is superimposed over an image of a freshly struck coin just taken off the press in 2013 at the West Point Mint. 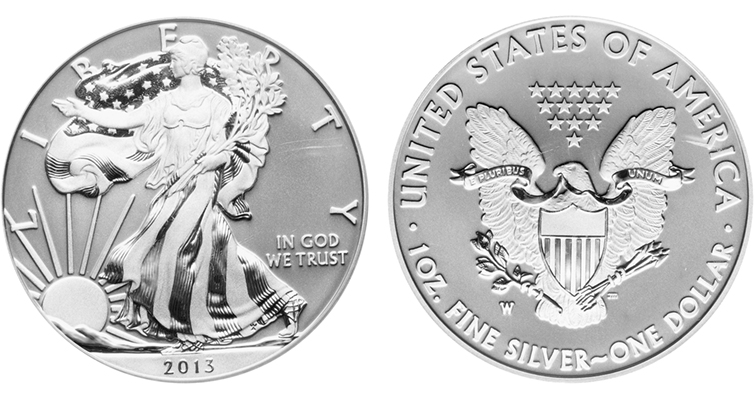 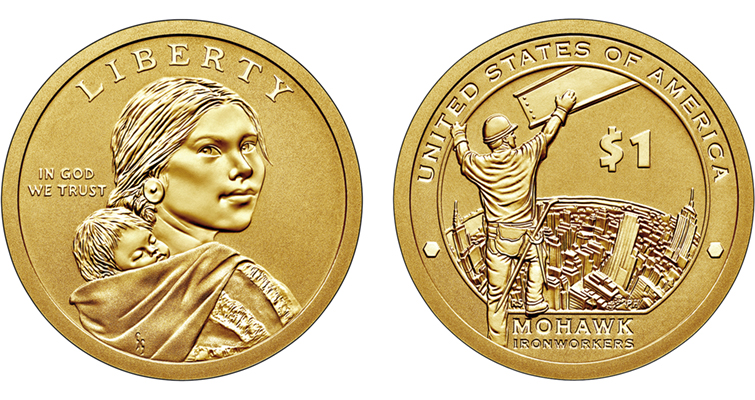 This is the fifth part of a feature story on finishes used on U.S. coins that first appeared in the June 6, 2016, Monthly issue of Coin World:

What the U.S. Mint refers to as its Enhanced Uncirculated finish was introduced in 2013 on a 2013-W American Eagle silver dollar.

Customer feedback that frosting on Proof coin devices set against mirrored fields is too heavy on the main design devices prompted further research and development at the Philadelphia Mint regarding its laser-frosting technology. The thick frosting often reduces the visibility of or seems to obliterate specific design details, critics claimed.

U.S. Mint officials responded that design details weren’t being obliterated, but that the heavy frosting absorbed the light in such a way as to create that appearance.

Although the Enhanced Uncirculated American Eagle has some characteristics similar to those on Proof coins — it contains selectively frosted areas and was struck more than one time — the Mint does not consider it a Proof coin.

According to U.S. Mint officials, “Most of our premium coins, both Uncirculated and Proof, are struck multiple times on specially prepared dies. Therefore, using the number of strikes is not always an indicator of what is Proof and what is Uncirculated.”

The fields on the Enhanced Uncirculated coins’ obverse and reverse have a light frosted finish.

Each side of the Enhanced Uncirculated American Eagle coin also has two other finishes.

Other Enhanced Uncirculated coins issued by the U.S. Mint include:

The Enhanced Uncirculated Native American dollars, according to U.S. Mint officials, are struck with dies that had details wire-brushed for brilliance or laser-frosted for contrast. 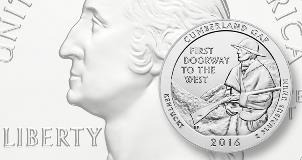 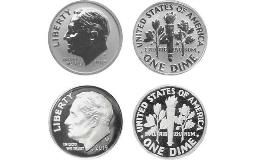 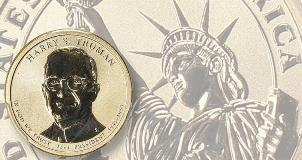