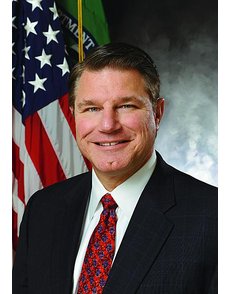 The U.S. Mint has been without a presidentially appointed Mint director since Edmund C. Moy left the post Jan. 9, 2011, for the private sector.

President Obama made one attempt to fill the vacancy when he nominated Bibiana “Bibie” Boerio, a former Ford Motor Co. executive in Detroit, on Sept. 19, 2012, during the 112th Congress.

Boerio’s nomination was not acted upon by the Senate Banking, Housing and Urban Affairs Committee and was not sent to the full U.S. Senate before the congressional session ended Jan. 3, 2013.

President Obama has elected not to resubmit Boerio’s nomination for consideration a second time and has not proposed another candidate to lead the nation’s coin producer.

In the absence of a Mint director, Dick Peterson has been alternating between serving as deputy U.S. Mint director and as acting Mint director since being named to both positions Jan. 25, 2011.

Peterson served as the Mint’s associate director for manufacturing from October 2008 until being named deputy Mint director and acting Mint director by U.S. Treasurer Rosa “Rosie” Gumataotao Rios, who has oversight over the U.S. Mint and Bureau of Engraving and Printing. Peterson became deputy Mint director to fill the vacancy created by the departure of Andrew W. Brunhart, who left the Mint for the BEP on Jan. 13, 2011, four days after Moy’s exit.

Each time Peterson has moved into his role as acting Mint director, the Mint’s executive hierarchy has been shuffled, with some personnel sometimes performing two jobs, with one job performed in an acting capacity.

Other than the failed Boerio appointment, no movement has been seen at the White House to name a successor to former Mint Director Moy.

It has been customary that when a new president takes office, presidential appointees, including the director of the Mint, submit their resignations to the chief executive. It is up to the incoming president to accept or deny those resignation proffers.

Moy, appointed by Republican President George W. Bush as the 38th director of the United States Mint, took the oath of office for a five-year term during the first week of September 2006.

Obama took the oath of office as president, beginning the first of his two four-year terms, on Jan. 20, 2009.

Moy never submitted a letter of resignation to Obama and Obama never took steps to remove Moy from office by seeking Moy’s resignation.

Moy left the Mint in January 2011, eight months before his term officially expired.