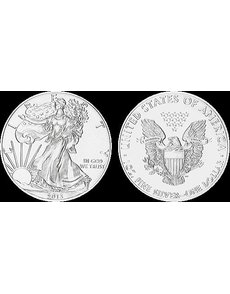 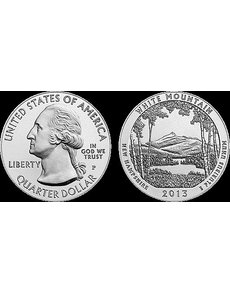 The precipitous drop in the spot price of gold and silver over the past several weeks has driven physical demand for those precious metals to new levels.

Sales by the U.S. Mint of silver American Eagle bullion coins are on a record-setting course as the nation’s coin producer works to satiate market investors’ appetites for the metal.

The recent dip in the price of silver forced the U.S. Mint June 26 to reconsider repricing several of its numismatic products containing the metal and delayed the planned June 27 release of the 5-ounce silver Uncirculated 2013-P Great Basin National Park quarter dollar.

“Due to the recent decrease in the price of silver, the United States Mint is considering lowering prices on several silver coin products,” according to Mint officials in a June 26 announcement. “The new prices will go into effect after being published in the Federal Register and after a new on-sale date has been determined.”

The Mint has pulled off sale a number of its numismatic products containing precious metals over the past six months for downward repricing before putting them back on sale.

When the numismatic versions of the 5-ounce silver America the Beautiful quarter dollars with the P Mint mark of the Philadelphia Mint were introduced April 28, 2011, the coins were offered at $279.95 and the spot price of silver was $48.70.

The Uncirculated 5-ounce silver coins have been repriced downward at least two other times from 2011 to the present.

Prices down, demand up

Ross Hansen, founder of Northwest Territorial Mint in Auburn, Wash., said the drop in the spot price of gold and silver has been a boon to business.

NWT is a wholesale and retail supplier and buyer of silver, gold, palladium and platinum precious metal bullion, including American Eagles and Canadian Maple Leaf coins, as well as the exclusive producer of Pan American Silver Corp. silver bullion and its own NWT bullion products.

“We like the lower prices. It helps us all the way around,” Hansen said.

“People are looking at this as a great buying opportunity,” he added.

During 2012, of the 33,742,500 silver American Eagle bullion coins the U.S. Mint sold to its authorized purchasers, Hansen said NWT resold 11 percent of that total.

NWT also produces awards and medals in a variety of metals.

While gold bullion sales are also up for NWT, silver takes the lead with more silver being sold as a percentage of overall bullion sales, Hansen said.

“Americans have a love affair with silver,” Hansen said.

Hansen said NWT has sold hundreds of thousands of ounces of silver in the form of its Silver Bullet products. The .999 fine silver products resemble different calibers of ammunition and come in different weight sizes.

Mike Fuljenz, owner of Universal Coin and Bullion in Beaumont, Texas, said the demand for physical gold — holding the actual metal — is at record levels. He said more investors are seeking delivery of the actual metal versus owning the metal on paper and having it held elsewhere.

Gold demand is up in India and China in both coin and bar form, and premiums on bullion coins in all markets are continuing to rise because of limited supply, Fuljenz said.

Investors are turning to better-date U.S. gold coins, which have seen increased premiums, Fuljenz said, while common-date gold double eagles have fallen in price with the sliding spot price.

An ETF is an investment fund traded on stock exchanges, much like stocks. An ETF holds assets such as stocks, commodities, or bonds, and trades close to its net asset value over the course of the trading day.

Reuters reported in mid-June that total global assets in gold ETFs shrank to $96.2 billion in May, down 32 percent from $141.2 billion at the end of 2012, citing data from BlackRock. BlackRock is an American-based multi-national investment management corporation based in New York City.

“Investors can buy, sell and trade those ETFs rapidly, so they represent the opposite of the buy-and-hold mentality of the physical gold investors around the world,” according to Fuljenz. “The volume of gold held by ETFs has declined 20 percent in six months, from 84.6 million ounces in December to 67.9 million ounces last week. This adds new supplies to the market, depressing gold’s price further.”

Further fanning the flames, Fuljenz told Coin World on June 25, is the recent opening of ETFs in China involving gold as well as central banks buying gold to add to their foreign exchange reserves.

Brice Northrup, director of marketing for Provident Precious Metals in Lavon, Texas, said many investors are finding the drop in metal prices to be the perfect opportunity to add to their holdings in precious metals.

Northrup added, “We haven’t noticed any production issues from our suppliers just yet, although with sustained demand, it wouldn’t be considered out of the ordinary.”