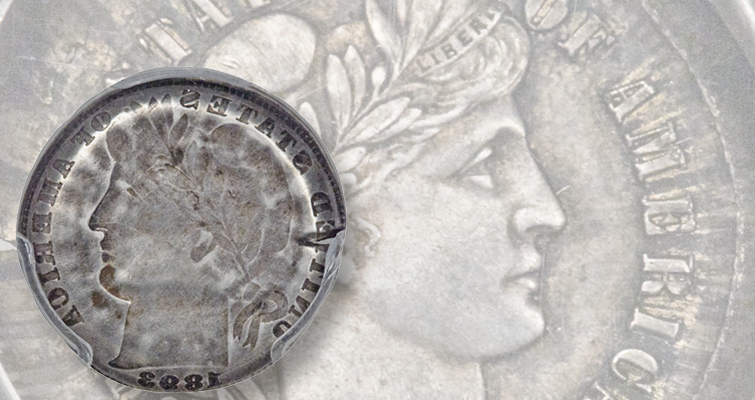 The Story:
A visually dramatic error, this 1893 Barber dime error has a deep concave obverse and a brockage reverse. Graded About Uncirculated 55 by PCGS, the magnificent error that is substantially larger than a “normal” Barber dime sold for $11,750.

The catalog describes the unique circumstances behind this piece writing, “The first strike for the present coin was between the obverse die and the obverse of a previously struck coin. The latter (not included) was ejected, but the present piece remained in the coinage chamber, since the force of its first strike caused its rim to partly wrap around (and attach to) the obverse die. A new planchet (not included) was fed in for the second strike, which deepened the die cap of the present coin and caused its brockaged reverse to moderately expand.”

Capped dies are extremely rare on 19th century coins and this is among the finest to come to auction in years. 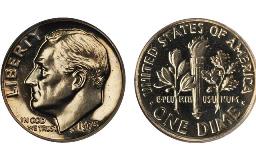