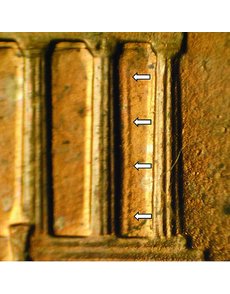 An extra Memorial column can be seen on the reverse of a 1995-D Lincoln cent submitted by Coin World reader Lucien G. Robinson. 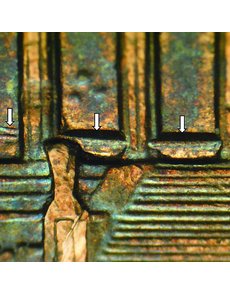 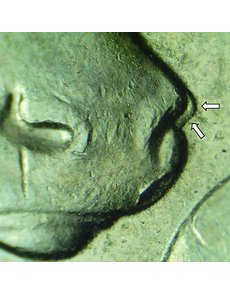 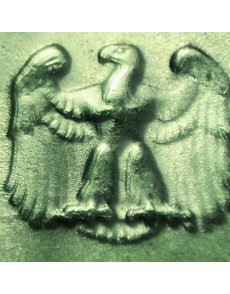 Tony Russo submitted a 1951-S Franklin half dollar that has strong doubling on the eagle’s right side (viewer’s left).

It seems like there is no rest for the weary these days. Thanks to Coin World readers, the doubled die parade continues to march forward. Four more readers submitted some very interesting finds.

Reports in this column of the discovery of Lincoln, Lincoln Memorial cents with extra memorial columns definitely have folks looking closer at their cents. Coin World reader Lucien G. Robinson got lucky and found a new listing for my files. The reverse of his 1995-D cent shows an extra memorial column in the last bay of the memorial. I now have this one listed as 1995-D 1¢ WDDR-005.

If you like that one, then look closely at the reverse of the 1998 Lincoln cent submitted by Coin World reader Patrick Andes. It has an extremely strong partial image of the memorial floor and steps at the bottom of the second, third, fourth and fifth memorial bays. This one raised my eyebrows when I first saw it and is listed in my files as 1998 1¢ WDDR-018.

Coin World reader Tony Russo has added a number of new Franklin half dollar doubled die listings to my files, several for the reverse of the 1951 Philadelphia Mint half dollars.

In addition, a new reverse doubled die for the 1951-S Franklin half dollars, the first for this date and Mint in my files, adds to his growing list of doubled die discoveries.

Doubling shows as strong notches on the letters of e pluribus unum, and a strong spread to the east on the eagle. Doubling also shows on the top right side of the bell yoke and the left side of the bell clapper. This one is recorded in my files as 1951-S 50¢ WDDR-001.

We approach the end of another calendar year. Who will be the first among the Coin World readers to find a 2012 dated doubled die?

Will it be you?