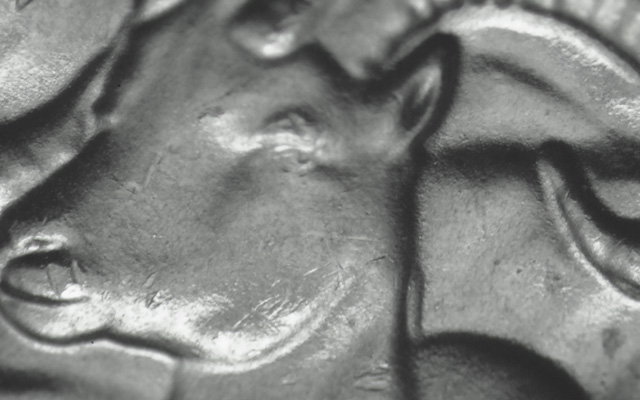 Doubling on the back of the Dall sheep’s neck shows on the reverse of a 2012-P Denali State Park quarter dollar submitted by Russell McTindal. 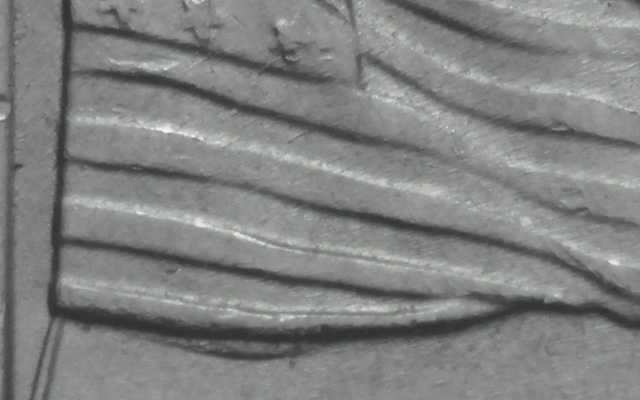 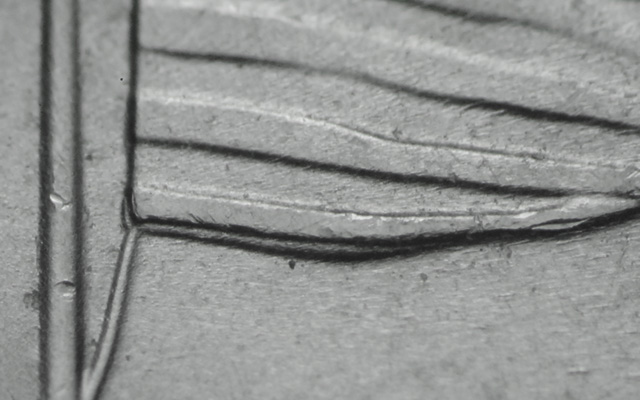 Charles D. Hudson submitted a Fort McHenry National Monument and Historic Shrine quarter dollar with similar, but stronger, doubling on the left underside of the flag. 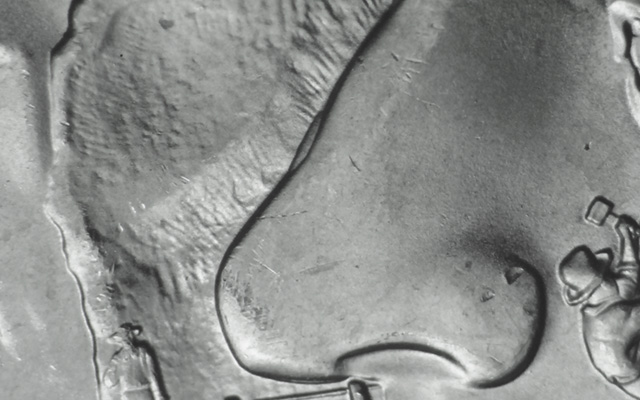 America the Beautiful quarter dollars were clearly the target of the hunt this month.

Russell McTindal submitted a 2013-P Denali National Park quarter dollar with a doubled die reverse that I already have listed as 2012-P 25¢ AK WDDR-001. Doubling shows on the back of the Dall sheep’s neck. While not a new listing, it is still a noteworthy find.

In the Oct. 20, 2014, installment of this column, I reported on the find of a 2013-P Fort McHenry National Monument and Historic Shrine quarter dollar with a nice doubled die reverse submitted by Edward Mill. Since then, two similar varieties have been reported by two different collectors.

Daniel Ksycki submitted a 2013-P Fort McHenry quarter dollar that I now have listed as 2013-P 25¢ MD WDDR-002. Doubling spread to the north shows on the right half of the spray from both firework bursts. Doubling also shows on the left underside of the flag.

The other 2013-P Fort McHenry quarter dollar with a doubled die reverse was submitted by Charles D. Hudson. Doubling spread to the north shows on the right half of the spray from the lower firework burst and the lower right half of the spray from the upper firework burst. Again doubling shows on the left underside of the flag. This one is in the files as 2013-P 25¢ MD WDDR-003.

I was surprised recently when I emptied my pockets at the end of the day and found my first 2013-P Mount Rushmore National Memorial quarter dollar. A quick scan revealed that it had the first reverse doubled die to add to my files. While I typically don’t like to report on my own finds in this column, it fit perfectly into the theme for this month. Listed as 2013-P 25¢ SD WDDR-001, doubling shows on Thomas Jefferson’s nose.

Who will be the first to report a 2015 doubled die coin?