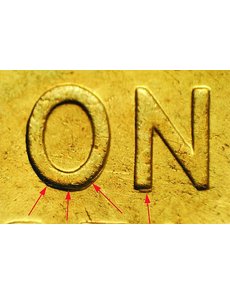 Nice doubling shows on the underside of the O and N of ONE on a 1942 Lincoln cent submitted by Robert J. Piazza. 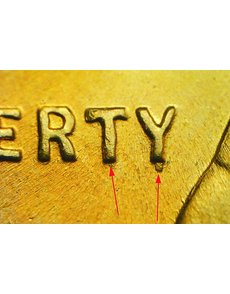 A 1944 Lincoln cent doubled die from Lamont Gilles shows strong doubling at the bottom of the Y in LIBERTY. 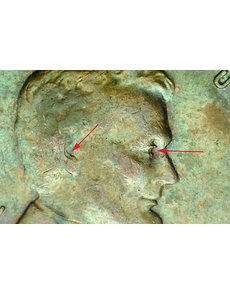 Marvin Young submitted this 1955-D Lincoln cent that shows strong doubling to Lincoln’s eye and the lower inside of the ear. 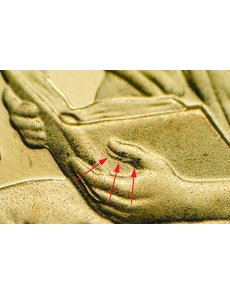 Nice doubling shows on the underside of Lincoln’s thumb on the reverse of this Proof 2009-S Lincoln, Formative Years cent submitted by James Daniels.

In my Dec. 17 column, I shared four different significant reverse doubled die varieties for the 1942 Lincoln cents courtesy of Robert J. Piazza. I also promised a fifth, also submitted by Mr. Piazza, and the time has come to keep that promise.

Lamont Gilles submitted a 1944 Lincoln cent with an interesting doubled die obverse variety. Doubling shows on the TY in LIBERTY, the 194 in the date, and the second T in TRUST. The easiest place to spot the doubling is the bottom of the Y in LIBERTY. This doubled die variety is in my files as 1944 1¢ WDDO-017.

A 1955-D Lincoln cent with a doubled die obverse was submitted by Marvin Young. It isn’t new to my files, but it sure is a nice one. Listed in my files as 1955-D 1¢ WDDO-001, strong doubling shows on the 19 of the date, Lincoln’s eye, the lower ear and the center fold of Lincoln’s vest.

This particular doubled die variety was considered nice enough to merit listing in The Cherrypickers’ Guide to Rare Die Varieties where it was assigned the listing number of FS-01-1955D-101. The variety is also listed as 1955-D 1¢ 1-O-IV+VIII by the Combined Organizations of Numismatic Error Collectors of America, and as 1955D-1DO-001 by Coppercoins.

Strong doubling shows on the underside of Lincoln’s left thumb on the reverse. It may not sound like much, but it is easily seen with low magnification.

Listed as 2009-S 1¢ Pr FY WDDR-006, this coin can be considered to be extremely rare. Proof cent dies strike about 3,000 coins before they are retired from use so it is highly unlikely that more than 3,000 examples of this variety exist.