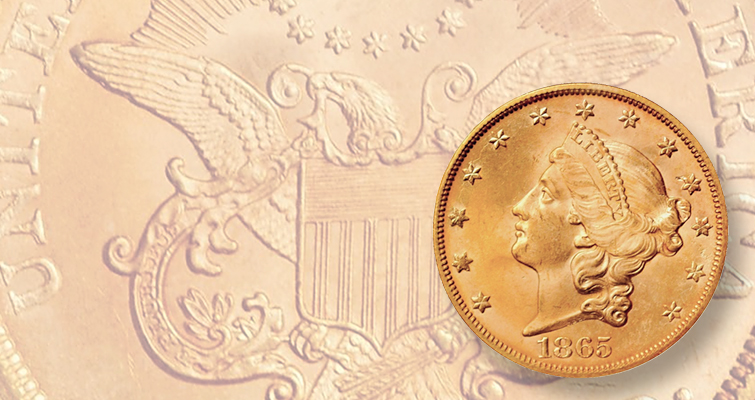 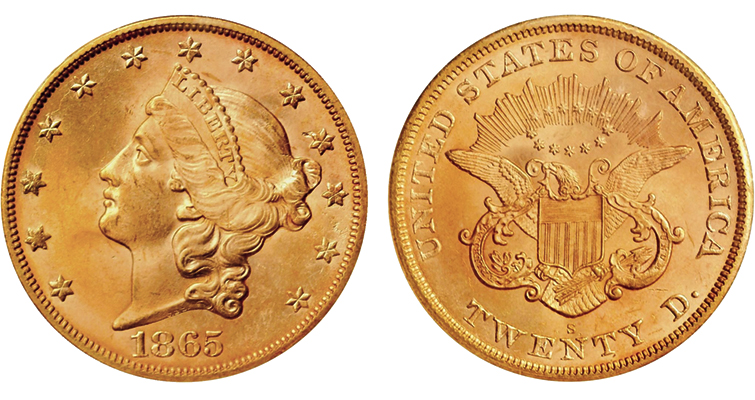 This gorgeous Mint State 1865-S Coronet gold $20 double eagle was recovered from the wreck of the SS Brother Jonathan, lost at sea off the coast of California in July of that year.

If you are contemplating collecting gold $20 double eagles, don’t be put off by the scattering of rare varieties throughout the series.

Of course, the price of admission to the denomination starts at the bullion value of each coin, between $1,100 and $1,200 per ounce as I write these words.

The most common issues, such as late 19th century and early 20th century Coronet (or Liberty Head) double eagles and the Saint-Gaudens coins, are available for about $1,400, plus or minus, in low Mint State grades.

However, before buying these or any others it is best to have a plan. In time I will share with you my ideas. Stay tuned.

The series has six major designs. This week I discuss the first:

Going back years in history, in the 1950s and 1960s, about the only Type I date that regularly came on the market in Mint State was the Philadelphia Mint 1861 issue. These usually appeared one at a time, suggesting they were not from a hoard, but were singles put aside here and there.

In late 1861 when the outcome of the Civil War was uncertain, concerned citizens began hoarding gold coins, with the result that by January 1862 banks and exchange houses were no longer paying them out at face value. I imagine the surviving 1861 double eagles are from pieces hoarded then.

Until the late 1990s, when lustrous Mint State coins from the wreck of the SS Brother Jonathan, lost at sea in the summer of 1865, became available, any choice Mint State coin, MS-63 or so, was scarce, and MS-64 and MS-65 coins were rare.

All of a sudden, hundreds of Mint State coins recovered from the Brother Jonathan, most from the San Francisco Mint and dated in the 1860s, became available. Sold at auction by Bowers and Merena Galleries in 1999, the coins were instantly absorbed into the market.

Today, anyone who was an original buyer can realize a nice profit upon selling.

Of course, the advance in the price of gold bullion since that time has helped as well.

There was an unexpected consequence: many buyers thought it might be nice to collect other double eagles as well. 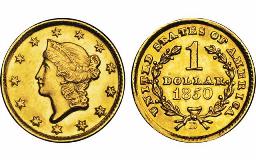 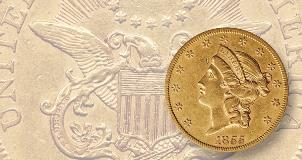 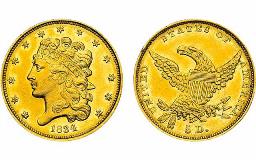