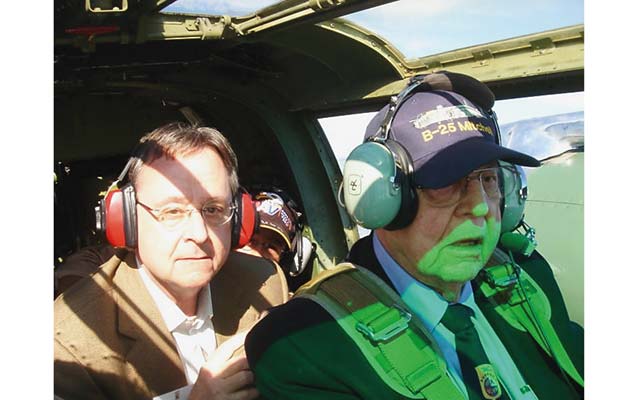 Lt, Col. Robert L. Hite, in the pilot's seat with son, Wally, in the cockpit of a B-25 bomber during the 67th reunion of the Doolittle Tokyo Raiders in Columbia, S.C. 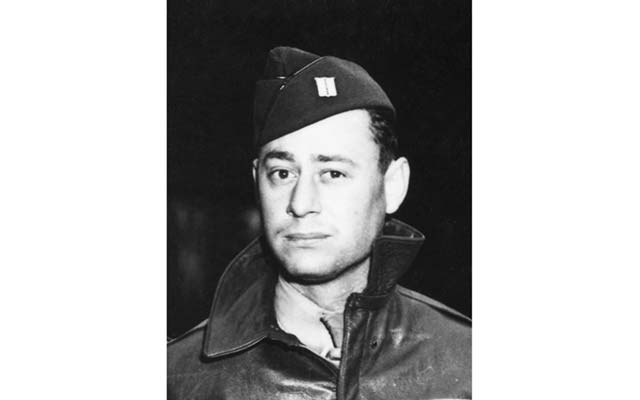 Image courtesy of the National Museum of the U.S. Air Force.

Hite was a co-pilot of Crew No. 16 and one of four Doolittle Tokyo Raiders who made it home after imprisonment in a Japanese prisoner of war camp. Hite spent 40 months in captivity.

Hite's death comes two weeks before the congressional leadership is to present a congressional gold medal April 15 recognizing the heroic efforts of the Doolittle Tokyo Raiders. There were 80 Raiders split into five-man crews that took off in 16 B-25 medium bombers from the flight deck of the USS Hornet on what was billed as a suicide mission to bomb the Japanese capital of Tokyo.

On April 18, 2015, the 73rd anniversary of the mission, the congressional gold medal is to be flown aboard a B-25 from Andrews Air Force Base for presentation to the National Musum of the U.S. Air Force at Wright-Patterson Air Force Base in Dayton, Ohio, where it will formally join a public exhibit on the Raiders and their missions.

Collectors will be able to purchase 1.5-inch and 3-inch bronze duplicates of the gold medal. The obverse and reverse designs of the medal won't be publicized until the April 15 medal presentation ceremony in Washington, D.C.