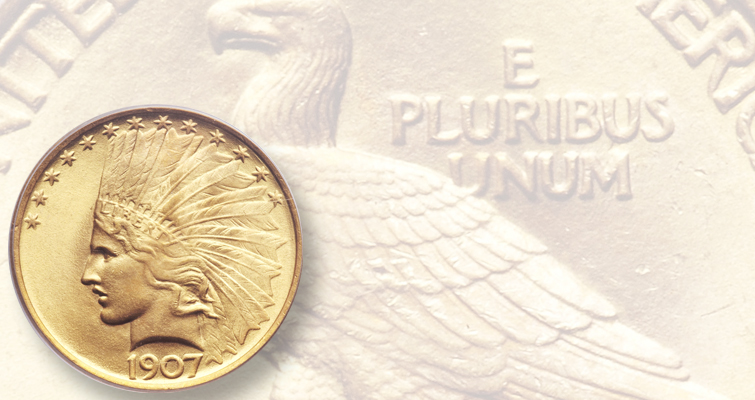 Is the portrait on the obverse of the 1907 Indian Head gold $10 eagle by sculptor Augustus Saint-Gaudens that of an Irish immigrant girl?

Designed by sculptor Augustus Saint-Gaudens, the Indian Head gold $10 eagle entered circulation in the fall of 1907.

New coin designs, no matter how beautiful and desirable numismatists now consider them to be, are the subject of many complaints and negative comments in the popular press.

For example, the March 26, 1793, issue of Boston’s Argus quotes an account from Newark, N.J., criticizing America’s first cent from the Philadelphia Mint: “The American cents (says a letter from Newark) do not answer our expectations. The chain on the reverse is but a bad omen for liberty, and liberty herself appears to be in a fright. May she not justly cry out in the words of the apostle, ‘Alexander the coppersmith has done me much harm; the Lord reward him according to his works!’?”

At that time, Alexander Hamilton was Treasury secretary.

Today, just about any collector would give an eye tooth for a 1793 Flowing Hair, Chain, AMERI. cent.

Concerning the 1907 Indian Head $10 coin, a story made the rounds that the lady illustrated in the Indian bonnet was — heaven forbid — an Irish immigrant. Her name was Mary Cunningham, and she was a lowly waitress in a restaurant not far from Saint-Gaudens’ studio.

“The Saint-Gaudens family refuse to give any information whatever regarding Mary Cunningham, the pretty young Irish waitress whom the late Augustus Saint-Gaudens took as a model when designing the new issue of gold coins. The Cunningham girl is now employed as a domestic in the family of the late sculptor, but no outsider is allowed to see her. The Saint-Gaudens villa is secluded on a spur of the Green Mountain range with numerous signs at the entrance to the grounds announcing that no strangers are admitted. Homer Saint-Gaudens, a son, said tonight that the statement that her face is to appear in profile on the copper cent is incorrect. He asserted, instead, that she will be shown full-length on either the ten or twenty-dollar gold piece. Mr. Saint-Gaudens was not sure which. There had been many other models for coins, and he did not see why so much fuss should be made over this one, but at any rate he was not going to add to it by giving any other information. …”