Different causes of stripes on coins are not fully understood 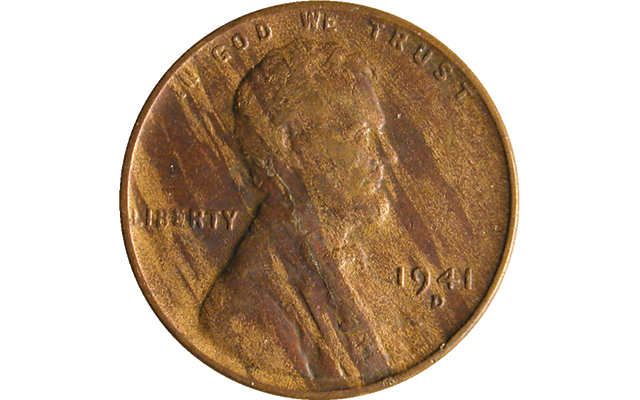 This 1941-D Lincoln cent shows an improper alloy mix error. The lighter streaks are enriched in zinc, tin, or both. 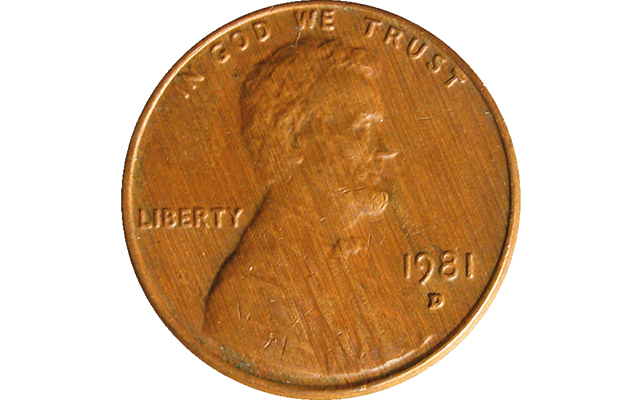 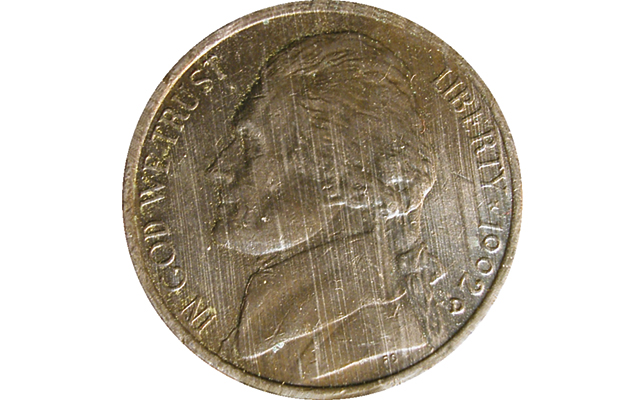 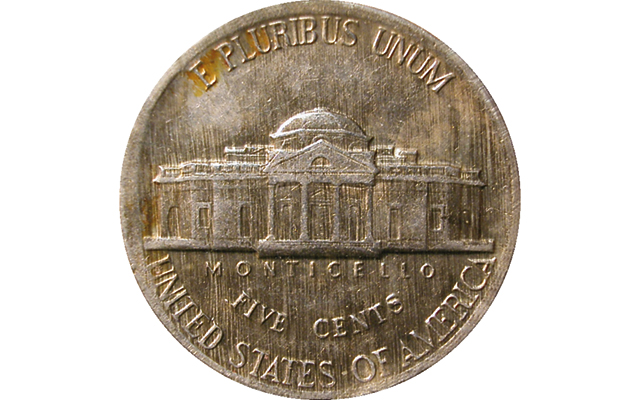 Dark lines cover the reverse face of this 1986-P Jefferson 5-cent coin. The lines are worn away in some areas, pointing to a superficial phenomenon. 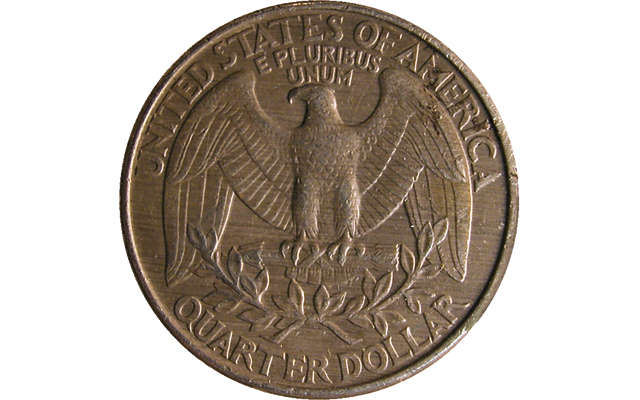 Narrow stripes are seen on the reverse face of this dark gray 1994-D Washington quarter dollar. The dark coloration (if not the stripes themselves) is probably from improper annealing. 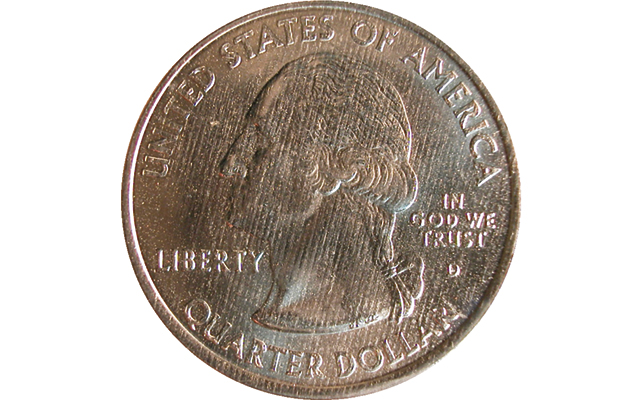 This 2000-D Virginia quarter dollar displays fine incuse lines on both faces (more prominent on the obverse). It represents pre-strike damage that may trace back to the rotating descaling brushes that cleaned the strip prior to bonding.

One familiar cause of stripes is the “improper alloy mix.” This somewhat general term can refer to incorrect proportions of an alloy’s constituent metals, incomplete mixing of those metals, or a combination of both. When the metals are not thoroughly mixed, you can end up with streaks in the coin metal strip.

The illustrated 1941-D Lincoln cent was struck on a planchet with alternating light and dark streaks on both faces. In some examples the effect is restricted to one face.

Striped cents are rather common in copper-alloy cents struck between 1978 and 1982. The illustrated 1981-D Lincoln cent provides a typical example. The stripes are visible on both faces and run in the same direction. In other examples the stripes appear only on one face.

Stripes similar to those found in disco-era cents can also be found in other denominations. Some of these coins seem to support the idea that the narrow stripes are superficial in nature. Shown here is a 1992-D Jefferson 5-cent coin with stripes on both faces. A 1986-P Jefferson 5-cent coin shows similar stripes, but on only the reverse face. In that example the stripes have been worn away in a few areas, exposing entirely normal metal.

While the stripes on the disco-era cents seem more resistant to wear, I have one example in which the stripes seem to vanish over Lincoln’s cheek and jaw, where the wear is heaviest.

The rolling mill scenario is not without its problems. Stripes found in 5-cent coins, dimes, and quarter dollars often co-occur with a dark overall coloration that may be black, gray, or brown. A 1994-D Washington quarter dollar provides an example. Such colors are typically associated with improper annealing. Could it be that the elevated temperatures somehow reveal the underlying “grain” of the strip?

In all the cases discussed so far, the stripes are level with the surrounding field and design. In other cases, the lines are incuse. I have, for example, come across three 2000-D Virginia quarter dollars with incuse lines present on both faces that continue over the design rim. Something must have scarified the surface of the strip, or possibly the blank. One candidate is the rotating descaling brushes used to clean clad and core strip prior to their entry into the bonding mill. The carbon-steel bristles can potentially scratch the surface of the strip. If these scratches are deep enough, they can persist through the strike.

One problem with this scenario is that, according to my understanding, only one side of the clad strip is cleaned in this fashion, the side that faces the core. Therefore, there’s no reason to expect the scratches to appear on the outer face of either clad layer.

It’s also been suggested that the scratches are caused by microscopic grit adhering to the rollers. But I don’t see why the grit would form continuous lines, rather than pinpoint defects. Perhaps instead the rollers weren’t sufficiently smoothed after machining, leaving them with surface grooves and ridges similar to an early 20th century wax cylinder recording.