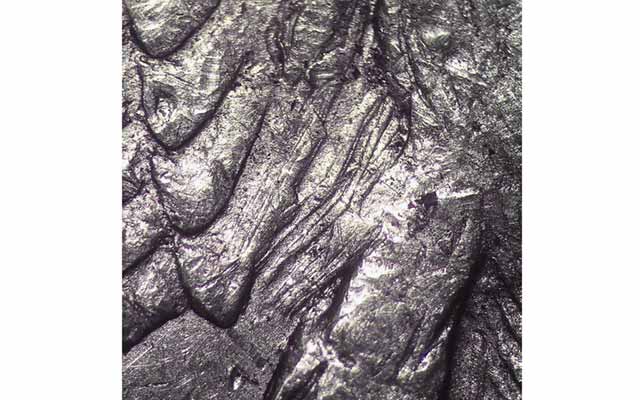 Feathers in the bottom of the wing have a unique pattern of re-engraving, an expedient fix to an overpolished portion of this die. 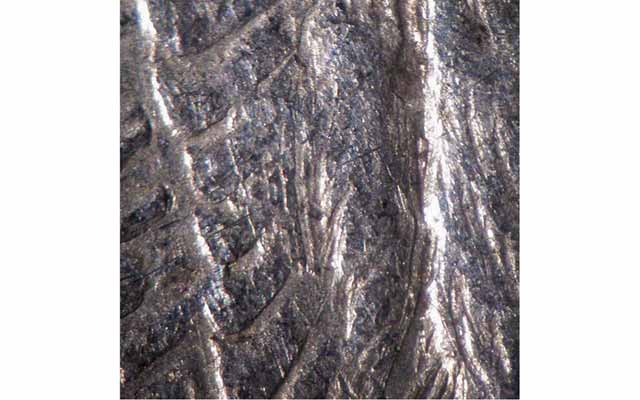 Additional fainter touch-up work can be found in other parts of the reverse, like the center of the inner wing. 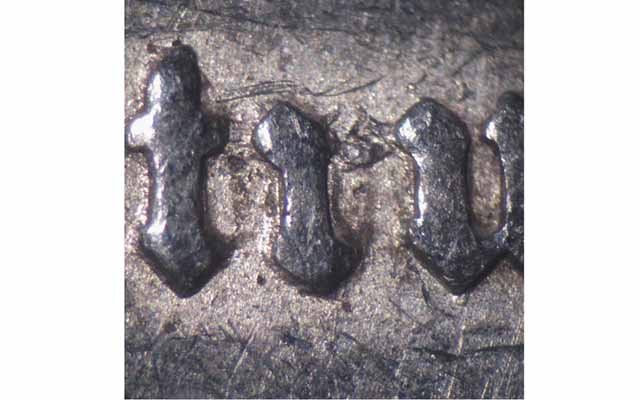 The VAM-189 coin shares a broken letter R in TRUST with dozens of other dies — a hub stage of the Reverse of 1878. 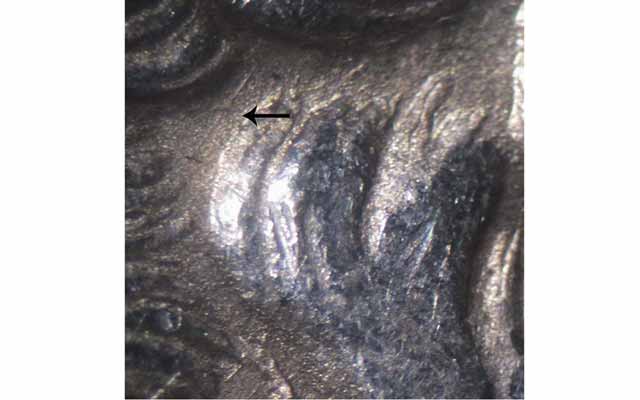 The Morgan dollar was rushed into production after passage of the Bland-Allison Act on Feb. 28, 1878. The law required coining dollars at an unprecedented rate.

The 1878 dollars have several design changes, and a sizable number of modifications were made to individual dies to keep up with the law’s production quotas.

One of the most dramatically modified working dies is found on the reverse of the VAM-189 1878 Morgan dollar. This Reverse of 1878 variety was discovered by Michael Fey in August 2002 and cataloged in New VAM Varieties of Morgan Dollars by Leroy Van Allen. It was later included in the set presented in Official Guide to the Morgan Dollar Hit List 40 by Jeff Oxman.

All Reverse of 1878 working dies required an unusual degree of die polishing to compensate for the design being too flat for effective coining. This basining work imparted a slight curvature to the die face that would normally come from the hub, but it also left a number of dies with overpolished areas. Mint workers attempted several expedient fixes.

The VAM-189 1878 Morgan dollar is recognizable by a patch of coarsely re-engraved feathers at the base of the eagle’s right wing. Other portions of the eagle have also been strengthened by hand, including the center of the inner right wing and upper tail feathers.

An additional point of interest is that the obverse is an earlier, well defined state of a die that later is significantly overpolished during its use. These later stages are used with the equally desirable VAM-188 and -223 dollars. The two later stages in the obverse progression have the L in LIBERTY “washed out.”

This weakening of the letter and coronet band was caused by an attempt to remove clash marks. The reverse die from the VAM-189 coin was likely retired when the clashing strike occurred. It is only found in this fairly rare marriage.