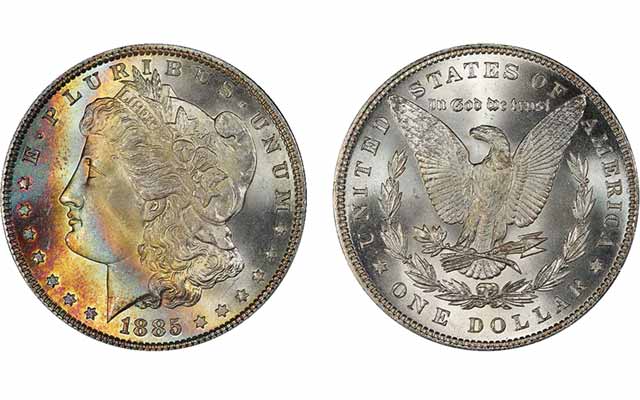 This 1885 Morgan dollar graded Professional Coin Grading Service MS-68+ with a green Certified Acceptance Corp. sticker sold for a healthy $39,950. It is the only one graded MS-68 (or MS-68+ for that matter) and is considered the finest known of a massive mintage of more than 17 million coins.

As the lot description pointed out, “There isn’t even a single microscopic issue to be found on this borderline MS69,” adding, “gorgeous, cascading, iridescent rainbow crescent covers one third of the obverse, while the balance of the coin is a heart pounding creamy white.”

As Legend points out, when differentiating between Mint State 68 and Mint State 69 grades, the smallest marks and imperfections matter.