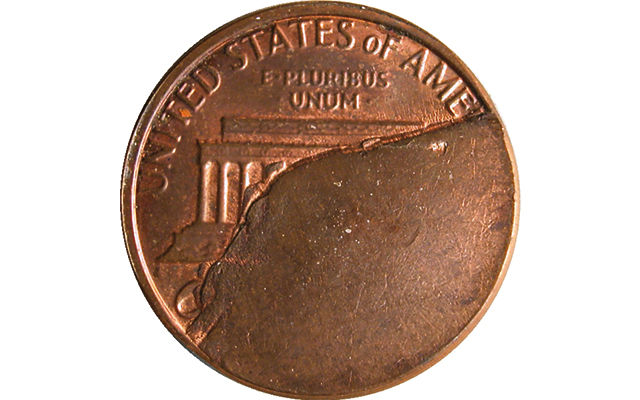 A massive (50 percent) cud (marginal die break) appears on the reverse face of a 1981 Lincoln cent. The die that struck this seemingly unique example probably didn’t last much longer. 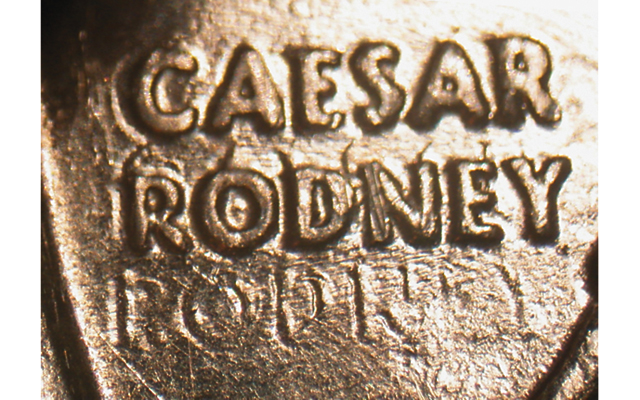 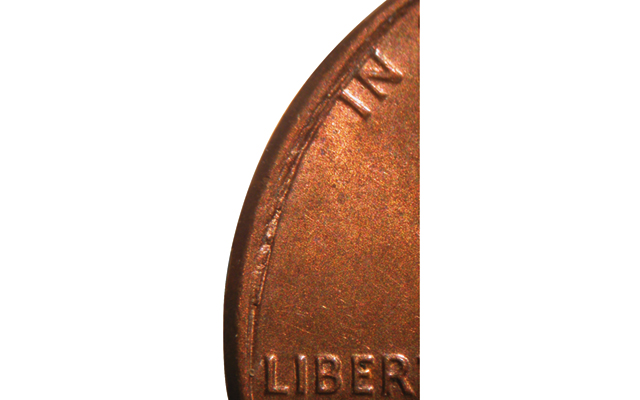 A minor die attrition error adorns the obverse face of this 1983 Lincoln cent. Many collectors would either not notice it or dismiss it as insignificant. 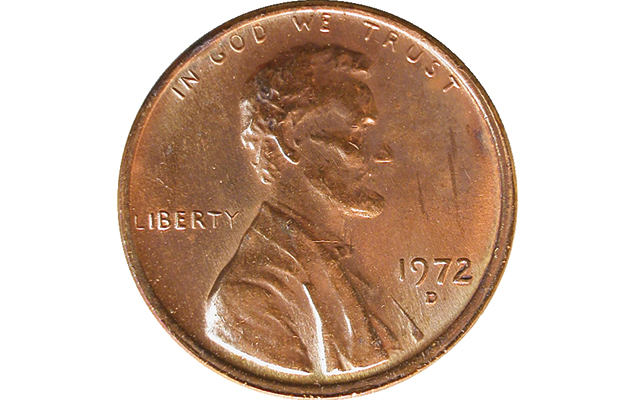 A severe case of overzealous intentional die abrasion has removed many low-lying details of this 1972-D Lincoln cent. Without a publicity campaign behind it, such die errors are left to languish in obscurity.

Years ago on the online auction site eBay, I spotted a large freestanding interior die break on the reverse of a broadstruck 1999 cent that took out most of STATES OF along with most of E PLURIBUS UNUM.

Once the bid price exceeded $100, knowing that die errors repeat and in the hopes of getting one cheaper, I figured I’d wait for another example to pop up. That never happened. As far as I know, that piece is the only one in existence.

This is not by any means an unusual occurrence. Even though die errors are repetitive in nature (each die pair is capable of striking numerous planchets), many noteworthy die errors are represented by only one or two examples.

The reasons for such scarcity are many, but it generally does not involve a defective coin being intercepted by a riddler or other mechanical sorting device. Unless we’re talking about a collar break or a rare wide collar error, a die error does not alter a coin’s dimensions.

A die may experience catastrophic damage or failure, leaving it incapable of striking more than a handful of coins. The illustrated 1981 Lincoln cent has an enormous (50 percent) cud on the reverse face. This is the only example I’ve seen of this unlisted die break. It’s unlikely that the remainder of the reverse die lasted much longer.

Traditional hand inspection of coins randomly selected from a newly-struck pile undoubtedly plays a part in generating unexpected scarcity. Once a die defect is discovered, the production run is typically destroyed, but a few stragglers might escape in the recesses of a tray, tote bin, or conveyor.

I suspect this is the reason why only two examples are known of the dramatic Type II counterclash found on the obverse face of a 1999-P Delaware quarter dollar (Collectors’ Clearinghouse, Sept. 29, 2008). The counterclash consists of a raised copy of the name CAESAR RODNEY offset due south from the normal version.

Patterned die damage of such clarity is not likely to escape notice. Both of the known pieces represent a late die state, and the degree of die wear affecting the extra letters matches the rest of the coin. This would indicate that the counterclash occurred fairly early in the press run.

I suspect the two known pieces lagged behind or were trapped in a conveyor or became lodged in the exit portal of the press. Those coins struck earlier in the press run were probably consigned to the smelter.

A particular die error might be relatively common in circulation but poorly represented in collections. Extremely subtle die defects might simply escape scrutiny. However, given the effort die variety collectors expend in finding the most microscopic of doubled dies and repunched Mint marks, there’s clearly something else at work. It might come down to the limited range of die varieties and die errors that resonate with collectors. Something entirely unfamiliar may not register. Even if noticed, the defect might generate no more than a shrug or a “huh,” followed by a desultory toss back into the change jar.

A casualty of this attitude is the die attrition error, each of which is typically represented by a very small number of examples. In a die attrition error, the outer margin of the field portion of the die (and sometimes the rim gutter) is worn away during repeated collisions between a temporarily misaligned hammer die and the beveled entrance of the collar. The 1983 Lincoln cent shown here displays a modest die attrition error that is documented by this single example. While clearly visible, the lack of interest or knowledge of such errors would make the retrieval of additional examples from circulation uncertain.

Publicity and aggressive promotion certainly plays a role in how intently collectors search for particular die errors. The 1937-D Indian Head, Three-Legged Bison 5-cent coin is a relatively modest example of overzealous intentional die abrasion for which many examples are known. Even so, this die error is immensely popular with collectors and commands a hefty price. Decades of promotion and a listing in standard catalogs have created the demand and boosted the value.

Other examples of overzealous die abrasion, like the illustrated 1972-D Lincoln cent, are much more severe and much rarer but can nevertheless be purchased for a few dollars. For some of these coins the rarity may be due to the lack of publicity and a catchy nickname, which translates into indifference.