In our latest print issue, we dissect why letters and numbers on certain coins can become distorted. Mike Diamond dives into the causes, and how the distortion impacts the coin’s value.

The latest Coin World weekly issue, dated Sept. 25, 2017, is out the door, and we present some exclusives, to be found also in our latest digital edition.

Why design elements, like letters and numerals, sometimes shrink?

Design elements on a die are expected to be immutable, locked into the steel and unchanging. “And yet, a large sampling of actual coins will show variation in these elements, variations that arise within individual working dies after their fabrication is completed,” writes Mike Diamond in “Collectors’ Clearinghouse.”

He adds: “Formerly uniform letters and numbers can expand and experience distortion as the result of die wear (die deterioration, die fatigue). In other dies, these same features can become thinner, smaller, and even disappear.” Find out how this happens in the column, found only in the print and digital editions of Coin World.

The differences between the past and history

“What happened in the past is the past,” writes John Kraljevich Jr. in his “Colonial America” column. “History is the stories we tell about the past, and that changes from one moment in the present to the next. The distinction is subtle but important.”

He illustrates this concept with a discussion of the “Tree” coinage of Massachusetts, most of which is dated 1652. A common theory about why this date was used on coins struck decades later is demonstrably false, as shown by the facts. Kraljevich adds, “Good historians constantly refine history based on new evidence, new perspectives, and broader background knowledge of the people and places involved.”

Phone call leads to a search, and more phone calls

Longtime dealer Harvey Stack called Coin World editor Beth Deisher on June 1, 1993, to reveal that an example of a 1913 Liberty Head 5-cent coin would be offered in an upcoming auction by his family’s firm, Stack’s. Such a call was unusual, she writes in her “From the Memory Bank” column — auction announcements generally came from his staff.

However, Stack had a special announcement to make. A $10,000 reward was being offered for the discovery of a long-missing fifth example of the coin. As part of the search for the missing coin, Coin World prepared an in-depth report on the famed coins. Soon after, “Coin World’s switchboard was jammed with calls from people claiming to have seen or have in their possession the long-lost rarity!”

“It’s only natural for any variety specialist to become more than a little jaded over time,” writes Morgan dollar variety expert John Roberts in his “About VAMs” column. “After all, it’s typically the desire for ‘something different’ that inspires the pursuit of varieties in the first place.”

The VAM-29 1879-S Morgan dollar is a classic die marriage that truly is different. Roberts writes that “it has such a remarkable blend of features that I always find myself taking a longer look.” 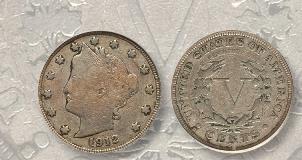