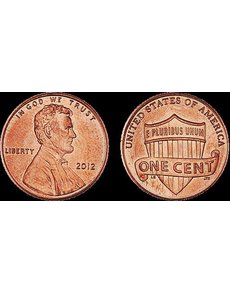 A Nov. 11 online article meant as satire indicating that U.S. Treasury Secretary Timothy F. Geithner ordered the removal of Lincoln cents and Jefferson 5-cent coins from circulation beginning in January 2013 was picked up by an unknown number of online blogs and reposted as fact.

Henry Wallen, a staff writer for SkewNews.com, which published his original satirical article, posted a retraction at 7:45 p.m. Eastern Time Nov. 29 on the Sutori.com website.

“Most of our regular readers understood that it was fiction, but some people did not,” Wallen posted on Sutori.com. “The story went viral and has been viewed by several hundred thousand people.

“The piece is not mean spirited, harmful or slanderous in any way, and skewnews.com carries a disclaimer stating that the website is not responsible for the accuracy of any work. However the editors and I agreed to come clean on this one.

“For those people who were upset by the penny and nickel going away in January, you can be assured that this is not happening; the story is fiction and was written for entertainment value only.”

Mary Lhotsky, deputy director of the U.S. Mint’s Office of Public Affairs, contacted Coin World on Nov. 29 about Wallen’s article in a damage-control effort to debunk the contents of the article.

“Nothing about the article is credible,” Lhotsky said Nov. 29.

Before Wallen had revealed that his article had been meant as satire, Lhotsky told Coin World that Geithner had not issued any directive seeking removal of Lincoln cents and Jefferson 5-cent coins from circulation.

Lhotsky said Nov. 29 that the Denver Mint and Philadelphia Mint are continuing to produce both denominations and will continue to do so until instructed otherwise.

Members of the U.S. Mint’s public affairs staff were tracking additional online blogs to determine how many other websites had picked up Wallen’s report and reposted the information, she said.

By 1:50 p.m. Eastern Time Nov. 29, the number of coin-related websites and blogs that Mint public affairs staff had been able to identify that had picked up Wallen’s erroneous report had expanded to more than 20, Lhotsky said.

Lhotsky said the Mint had contacted Snopes.com to request the website report the story as false. Snopes is a popular website devoted to pointing out the falsity of urban legends and other untrue stories.

According to the Mint, Wallen’s Nov. 11 satirical blog report also incorrectly stated the cost of producing the two U.S. coins; the article claimed each U.S. cent costs 4.8 cents, and each 5-cent coin costs 16.2 cents to make.

U.S. Mint officials state that the true production costs are 2.41 cents for the Lincoln cent and 11.16 cents for the Jefferson 5-cent coin.

Since 1982, the Lincoln cent has been struck on planchets composed of 97.5 percent zinc and 2.5 percent copper plated with pure copper. The current Jefferson 5-cent coin is composed of the same homogenous copper-nickel composition of 75 percent copper and 25 percent nickel alloy introduced in 1866, the year the base-metal 5-cent denomination was inaugurated.

The U.S. Mint is scheduled to submit Dec. 14 to Congress the findings of a two-year congressionally mandated alternative metals study for all U.S. coin denominations for circulation.

SkewNews’ report suggesting the removal of U.S. cents and 5-cent coins follows on the heels of Canada’s recent announcement that it was phasing out the Canadian cent.

The Canadian cent most recently had been struck in a multi-ply plated steel alloy.