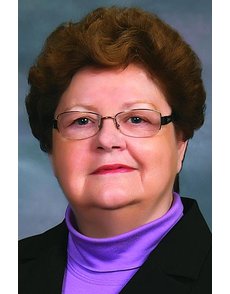 “The time has come to open a new chapter in my life,” Deisher said. “I have every confidence that Steve Roach will lead Coin World to greater and more exciting endeavors that will attract new readers as well as continue to engage our loyal and longtime readers.”

Deisher has led the editorial staff at Coin World for 27 years, receiving the editor baton from Margo Russell on March 1, 1985.

She joined the Coin World staff in 1981 as news editor and served as executive editor before being tapped to lead its editorial team. Her first assignment with Amos Press Inc. was as news editor of the Sidney Daily News, which she joined in January of 1977.

Deisher is a graduate of the University of North Carolina at Greensboro, where she earned a bachelor’s degree in English. Immediately after graduation she served as an International Farm Youth Exchange representative under the auspices of the National 4-H Foundation, living and working for six months with families in rural villages in six provinces of Iran.

She began her career in professional journalism in 1969 as a staff writer for the Ledger-Star afternoon daily in Norfolk, Va. In 1972 she joined the Virginia Education Association as a communications specialist, where she edited a monthly newspaper and served as features editor of the Virginia Journal of Education. She also produced award-winning radio programming and produced films for the state organization.

Deisher is author of Making the Grade — A Grading Guide to the Top 50 Most Widely Collected U.S. Coins, has supervised updates of six editions of Coin World’s Almanac and was founding editor of Coin World’s Guide to U.S. Coins, Prices & Value Trends published annually since 1989.

She is a fellow of the American Numismatic Society and holds memberships in many state, regional and national numismatic organizations, including the American Numismatic Association. In 2010 ANA recognized her contributions to numismatics by bestowing its highest honor, the Farran Zerbe Memorial Award. She was awarded the Numismatic Literary Guild’s Clemy Award in 1995 and received the Burnett Anderson Memorial Award for Journalistic Excellence in 2006.

She and her husband, Art, plan to continue to reside in Ohio. ¦