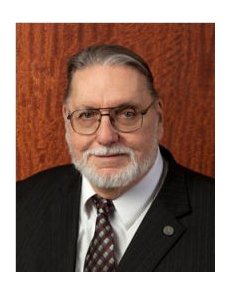 David brings an incredible amount of experience to his new position with Heritage. He has been a highly regarded numismatic journalist since 1963 and an auction business professional for more than three decades and his impressive body of work as a collector, writer, researcher and cataloger speaks for itself.

“I've followed the ongoing growth and success of Heritage since its beginnings in the 1970s,” said Mr. Alexander, “and it makes it a great pleasure today to be associated with this company. Heritage has become synonymous with innovation in the numismatic sphere and a wide variety of other collectibles categories. It takes a lot of teamwork to sustain the level of success that Heritage has achieved and I'm excited to be able to be a part of it.”

Alexander received his BS and MA degrees from the University of Miami. He began collecting coins in 1949, after his family moved to Florida. He and his brother joined the Miami Coin Club in 1953 and became members of Florida United Numismatists (FUN) in 1955, the year of the organization's founding. He began his literary career in 1963, writing for publications of the Society for International Numismatics, then becoming a staff writer and editor for Coin World from 1974 to 1981.

A Life Member of the American Numismatic Association, he has contributed articles to The Numismatist and the ANA Centennial Anthology and received the Glenn B. Smedley Award and ANA Medal of Merit. He received the Clemy Award from the Numismatic Literary Guild in 1987 and in 2010 was honored with F&W Publication's Burnett Anderson Memorial Award for Excellence in Numismatic Writing.

David is a 25-year member of the American Numismatic Society and was made a Fellow in 2008. He has presented papers at the 1999 and 2005 ANS Conferences on Coinage of the Americas. He is a Contributing Editor of COINage Magazine and pens "The Research Desk" column for Coin World. He received the 1990 Society for International Numismatics Silver Medal of Merit for Excellence in Writing and Research and Krause Publications' Numismatic Ambassador Award in 1995. In 1998 he founded the Medal Collectors of America and was elected to the Rittenhouse Society and was President of the New York Numismatic Club in 2005-2006. ANS published his hard-cover "American Art Medals, 1909-1995, Circle of Friends of the Medallion, Society of Medalists" in 2011, which received the Professional Numismatists Guild (PNG) Robert Friedberg Literary Award at the 2011 ANA Convention.