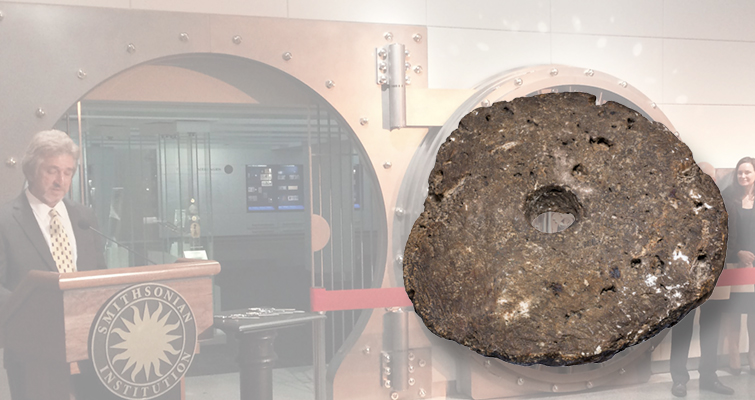 American Numismatic Association president Jeff Garrett participates in opening ceremonies July 15 introducing ‘The Value of Money’ exhibition at the Smithsonian. One object that already seems to be capturing the imagination of experts and novices alike is a 168.5-pound stone ring used as money on the Pacific Island of Yap in the Federated States of Micronesia. Image courtesy of Museum of American History. 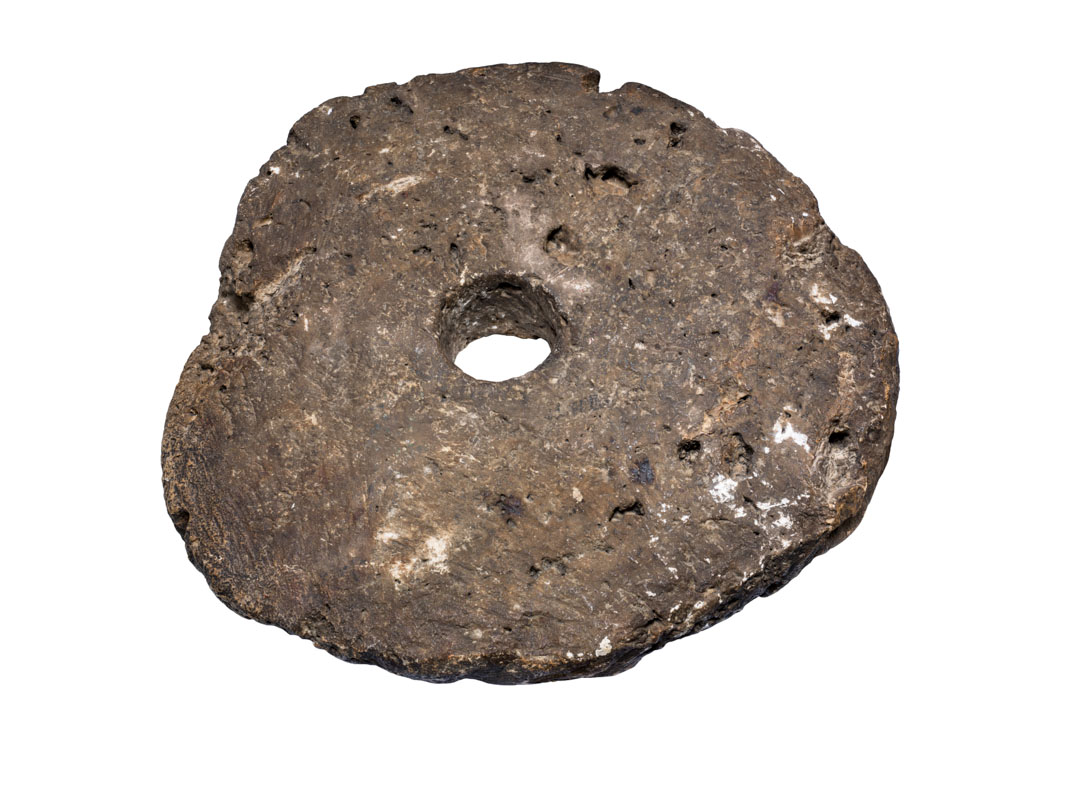 One object that already seems to be capturing the imagination of experts and novices alike is a 168.5-pound stone ring used as money on the Pacific Island of Yap in the Federated States of Micronesia. Image courtesy of Museum of American History.

The word “curate” has multiple meanings in the museum context — to care for, to preserve and keep, and to select for collection and display. Among these definitions, one of the most challenging — but also rewarding — aspects of curatorial work is choosing which objects to display in the museum. Every object has a story behind it and the potential to inspire visitors to think about history.

As the curator of the National Numismatic Collection at the Smithsonian’s National Museum of American History, I recently had the privilege of curating “The Value of Money” exhibition for the new Gallery of Numismatics (which officially opened July 15). My focus throughout the process was on emphasizing the power of using monetary objects to explore history. I sought to pair objects from different places and periods in order to transcend geographic and chronological boundaries and focus on the history behind the objects and their individual and shared meanings. Thus the exhibition is organized thematically, rather than chronologically or by object type. The five sections of the exhibition explore the origins of money, new monetary technologies, the political and cultural messages money conveys, numismatic art and design, and the practice of collecting money. Each theme teaches visitors a different approach to examining monetary objects, including form, political and social contexts, design, and journey from production to museum or private collection.

When I first began working with the National Numismatic Collection and selecting objects for the gallery, I was astonished by the diversity and richness of the collection. With objects representing every continent that span more than three millennia, it felt as though the whole world is inside the storage vault. Every cabinet and box I opened unveiled new possibilities for the gallery. As I moved between them, I traveled from ancient Egypt to medieval Europe and then to modern Japan and beyond. I was equally delighted by the specimens of widely circulating currencies, such the silver Spanish pieces of eight, and the extraordinary rarities, such as the 1849 double eagle, the 1825 Constantine ruble, the 1787 Brasher half doubloon, and $100,000 gold certificate from 1934.

The American coins and notes in the collection, many of which were transferred to the Smithsonian from the U.S. Mint and the U.S. Treasury, provided abundant exciting material to convey American history. The international private collections donated by Paul A. Straub, Josiah K. Lilly Jr., Willis H. du Pont, and The Chase Manhattan Bank (to name just a few) enabled me to select a wide variety of monetary objects from communities and cultures around the world. When displayed and analyzed together, these objects enable visitors to explore the connections between American history and global histories of exchange, cultural interaction and expression, political change, and innovation.

Throughout the process of making object selections, I invited input from seasoned numismatists, curatorial colleagues, and historians of a wide range of specialisms. Their suggestions helped to inform my selections. I sought to balance the American with the international, the new with the old, and the common with the very rare, all with the aim of engaging different audiences, including coin and paper experts, historians and anthropologists, and visitors of all ages from the U.S. and abroad. One object that already seems to be capturing the imagination of experts and novices alike is a 168.5-pound stone ring used as money on the Pacific Island of Yap in the Federated States of Micronesia. It challenges many people’s assumptions about the form of money, materials used to make monetary objects, and their ability to circulate and move with transactions.

Though the stone ring is the most imposing object inside the gallery, it is dwarfed by the one and a half ton vault door that serves as the gallery’s entrance. This door is intended to simulate the experience of entering the collection’s vault. Yet there is another design feature that also simulates the experience of doing curatorial work: 32 discovery drawers. These drawers mimic the trays inside the collection’s storage cabinets, each of which holds potential for new discoveries.

Now that the new gallery is open to the public, I will regularly select new objects from the collection’s vault to include in “The Value of Money.” With such a powerful and expansive collection, the possibilities are endless.