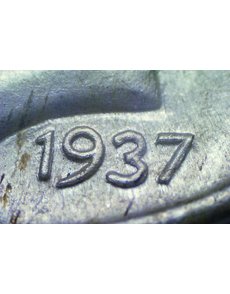 The underside of the digits in the date is the best place to look for the doubling on a 1937 Winged Liberty Head dime submitted by Wayne Perry. 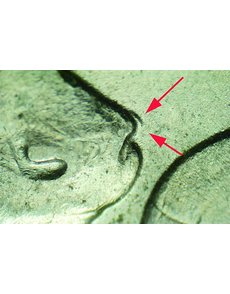 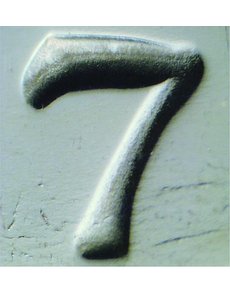 This Proof 1973-S Kennedy half dollar from Dennis Fisher shows bold doubling at the top of the 7 as well as on the other digits in the date. 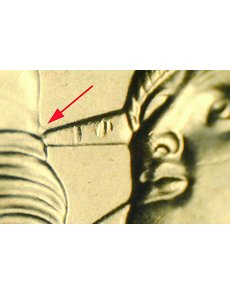 Minor doubled dies showing at the intersection of the second ray clockwise from the head and the right arm of the Statue of Liberty can be found for a number of the Presidential dollars including this 2007-P Thomas Jefferson Presidential dollar from Jose Luis Garcia.

I’d like to start this month’s column by tipping my hat to the readers of Coin World. Quite often after finishing one of these columns I sit back and wonder if I’ll have anything to write about in the next column, but the readers always come through.

For starters, Wayne Perry submitted a 1937 Winged Liberty Head dime with a nice obverse doubled die. Moderate doubling shows on the date and slightly on the letters of IN GOD WE TRUST and the designer’s initials. It is easiest to spot on the underside of the digits in the date. Listed as 1937 10¢ WDDO-006, it isn’t a new listing, but it does show what others are finding.

Marilyn Keeney shared a 2004-P Wisconsin quarter dollar that has doubling on the left nostril of the cow on the reverse. This quarter dollar variety is new and it is recorded as 2004-P 25¢ WI WDDR-009 in my files.

From that file number you can see that there are at least eight other similar minor doubled die varieties for the reverse of the 2004-P Wisconsin quarter dollars.

A Proof 1973-S Kennedy half dollar with a very nice obverse doubled die was submitted by Dennis Fisher. Nice doubling shows on IN GOD WE TRUST and the date. The easiest place to spot the doubling is on the 7 in the date where a strong separation line runs across the top of the 7. This one is listed as 1973-S 50¢ Pr WDDO-001 in my files.

Proof obverse dies for the Kennedy half dollars have an average die life of 2,400 coins, making this variety extremely rare. Consider yourself lucky if you find one of these.

Finally, Jose Luis Garcia submitted a 2007-P Thomas Jefferson Presidential dollar with a minor reverse doubled die. Doubling shows at the intersection of the 2nd ray clockwise from the head and the right arm of the Statue of Liberty. I have this one listed as 2007-P $1 TJ WDDR-005.

A set of Presidential dollars representing all of the presidents, and showing this minor doubled die, would make a most interesting collection.