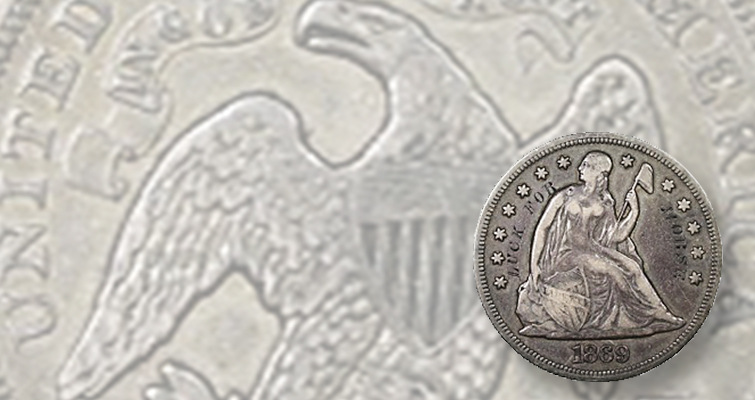 Was this 1869 Seated Liberty dollar with the message “Luck for Morse” engraved on the obverse a souvenir of the 1869 France to United States transatlantic cable? 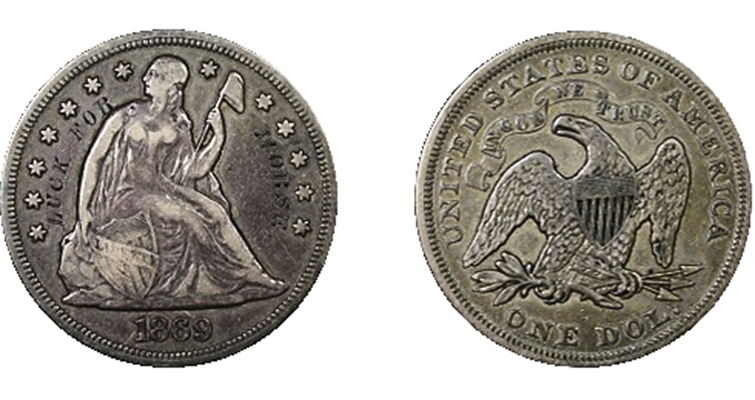 1869 Seated Liberty dollar with the message “Luck for Morse” engraved on the obverse.
Previous
Next

Guest Commentary from the November 16, 2015, issue of Coin World:

I recently acquired an addition to my collection of counterstamped Seated Liberty coins: an engraved 1869 Seated Liberty dollar with the words “Luck for Morse” on the obverse.

This dollar came with a theory that it may have a connection to Samuel F.B. Morse, American painter, inventor, contributor to the invention of a single-wire telegraph system, developer of Morse code, and contributor to the development for the commercial use of telegraphy, including transoceanic.

The 1869 France to United States cable was the first transatlantic cable that would emerge out of the ocean and land directly on United States shores — 25 years after Samuel Morse did his famous 10-mile telegraphy demonstration in the Washington, D.C., in 1844.

This cable had a much faster transmission rate than the two cables working in 1866, which were in turn faster than the initial 1858 cable, which failed after a short period. The 1866 effort had a transmission capability 80 times faster than the original 1858 technology, which took many minutes per individual character.

By 1869, it was possible to transmit several words per minute. For that reason the original groups organized by Cyrus West Field were reported to have opposed the French effort, completed by May 1869. This later effort had the potential to be faster and therefore cheaper than the cables promoted by Field. This was the highest technology of the day, and for both groups of entrepreneurs, the works required the massive British ship Great Eastern, the world’s largest ship for some decades.

The French effort also needed three support vessels — plus the thousands of miles of specially constructed cable of massive weight. There was as subscription of 60,000 shares at a then-typical initial public offering price of $100 per share, which resulted in a $6 million venture.

The stakes were very high. If the cable broke halfway out in a middle ocean storm that tossed the ships around, they might not be able to find the broken ends, over 2 miles below the ocean surface at midpoint.

At this level of financing in 1869 for a venture of this nature, they were relying on a lot of “luck” as to what conditions they would encounter at sea and whether the cable’s technology would work as planned, and with a minimum of surprises.

In 1866, most people earned only about 10 to 15 cents per hour for a 10-hour day, typically a dollar per day — and that was for men. Women doing housekeeping and other work might have earned a nickel an hour.

A dollar was a good day’s pay in 1869, so few people would inscribe words to make a souvenir of one unless it was for some very important reason or occasion. This engraved 1869 Seated Liberty dollar was not otherwise personalized to commemorate some day or event, and gives no indication that it was worn — which would be unexpected with a sea voyage. This dollar was likely a pocket piece, perhaps carried by an official or worker onboard a ship in 1869, and now it is in my collection.

Carl Feldman is a member of the Liberty Seated Collectors Club and a collector of Seated Liberty coinage. 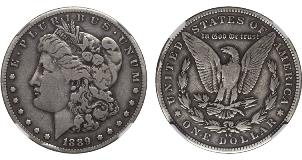 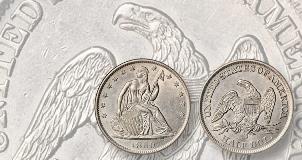 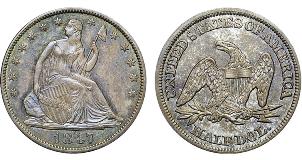