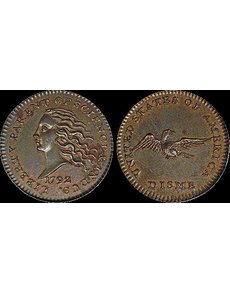 The sale of more than 3,000 lots of U.S. coins, held in conjunction with the American Numismatic Association National Money Show, generated total prices realized of $21,232,981.69, with 93.85 percent of the lots selling.

The prices realized include the 17.5 percent buyer’s fee added to the closing price of each lot sold.

The attendance figure for the Dallas convention was 2,973, though the ANA changed how it counted attendees to the show.

“Beginning with this show, we started counting visitors at admissions once for every day they attended the show,” said RyAnne Scott, ANA marketing, advertising and communications manager. “Previously, we counted unique visitors.”

Explaining the rationale behind the system used at the Dallas show, Scott said, “For instance, if an ANA member attends for two days, they are counted as such. We feel this presents a more accurate count of daily traffic and attendance.”

The coin was once used by numismatist J.N.T. Levick for his photographic plate of 1793 cents published in an 1869 issue of the American Journal of Numismatics.

The 1802 Draped Bust dollar, one of just four examples known, brought $411,250. The coin, cataloged as Bowers-Borckardt 302 in Silver Dollars & Trade Dollars of the United States, A Complete Encyclopedia by Q. David Bowers, with Mark Borckardt, is certified Proof 64 by Professional Coin Grading Service.

The coin is the finest known certified 1794 Flowing Hair half dime Specimen strike and the only one certified by PCGS. NGC has certified four submissions — two Specimen 64 examples, one Specimen 65 piece and one Specimen 66 coin.

The 1877 Coronet quarter eagle, certified Proof 68 Ultra Cameo by NGC and stickered by Certified Acceptance Corp., is one of just 20 of the 1877 quarter eagles struck in Proof at the Philadelphia Mint. It sold for $94,000.