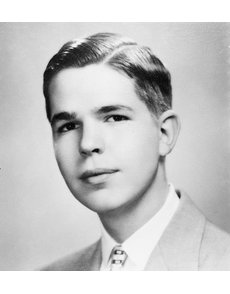 Q. David Bowers as a fledgling dealer, a year after his first American Numismatic Association Convention in Omaha in 1955.

I’ll see you at the World’s Fair of Money, the American Numismatic Association summer convention coming up quickly in Rosemont, Ill. I look forward to the event and seeing you there, if you plan to attend.

Actually, only a tiny fraction of the Coin World readership will be there, so perhaps the next time I see you will be in this column next week.

If this show is typical, I’ll be quite busy, including some appearances in the almost nonstop series of the official show auctions being conducted by Stack’s Bowers Galleries, some of them in parallel (two separate auctioneers in two separate rooms/galleries) with, as might be expected, each session being unrelated to the other.

If you want to track me down to say hi — and I always enjoy chatting with Coin World readers — you can likely find me in the bourse, or at the Whitman Publishing LLC display, or at lot viewing (I have my eye on some of the John J. Ford Jr. tokens being sold), or at a club or association meeting.

While coins, tokens, medals and paper money can easily be bought and sold on the Internet without leaving my office, “coin people” can only be met and greeted at shows. I enjoy this immensely.

If you have time to spare, I invite you to come at 3 p.m. Aug. 13 to Room 13 in the Donald E. Stephens Convention Center to see my illustrated Numismatic Theater presentation, “The Romance and Potential of Collecting American Tokens.” Dennis Tucker, publisher who keeps things coming and going for Whitman, will be helping me and, for good measure, will bring an armload of the various Whitman titles relating to the subject of my talk. We plan to give these away to the audience and will come up with some contest to pick winners — perhaps some obscure questions on numismatics, perhaps the youngest or the oldest person or the farthest traveled? We’ll have a bunch of books available, so
I’ll have to do some thinking.

I’ll be talking about and showing early and late merchants’ tokens, Hard Times and Civil War and sutlers’ tokens, “Good For” tokens and other things — perhaps also some tokens that remain mysterious despite study.

My first ANA show was in Omaha in August 1955 when I was a young teenager dealing in coins in my spare time. I wasn’t old enough to be an ANA member (you needed to be 18), but as the complement of 50 bourse tables still had some vacancies, the ANA let me set up after I supplied references, including from Lee Hewitt, publisher of The Numismatic Scrapbook Magazine. I had a grand time.

I’ve enjoyed each of the nearly 60 conventions since.