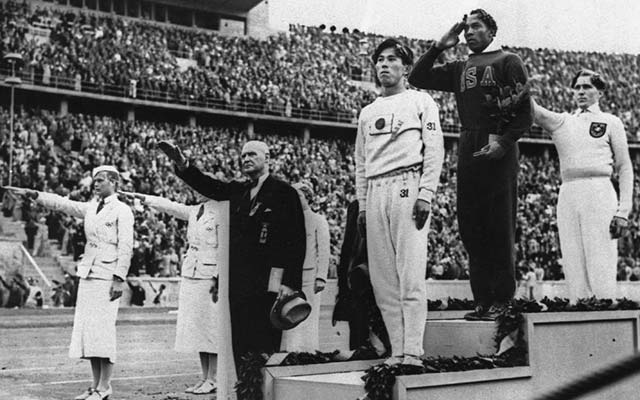 On Aug. 3, 1936, Jesse Owens burned his way into sports history, winning the first of the four gold medals he achieved at the Summer Olympics in Berlin. 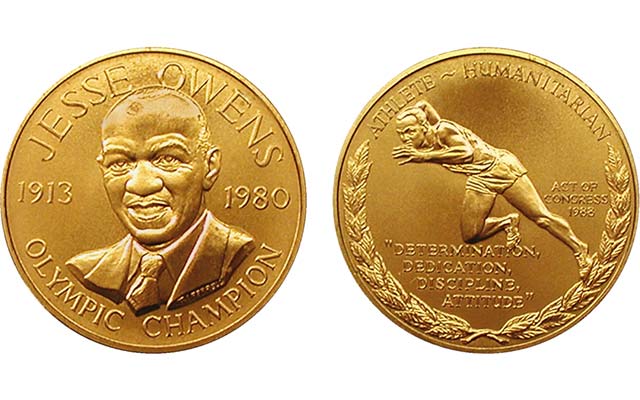 This is the fourth in a series of articles on congressional gold medals struck by the U.S. Mint:

The son of a sharecropper and grandson of a slave, Owens, who along with his family moved from Alabama to Cleveland, Ohio, in 1922 when he was 9, grew up to become a track and field standout at The Ohio State University.

The obverse of the Jesse Owens congressional gold medal features a portrait of Jesse Owens and is inscribed with his name, years of his birth and death – 1913-1980, and the words OLYMPIC CHAMPION.

The Owens congressional gold medal, presented posthumously to Owens’ widow, Ruth, in 1988, is secured at The Jesse Owens Foundation in Chicago.