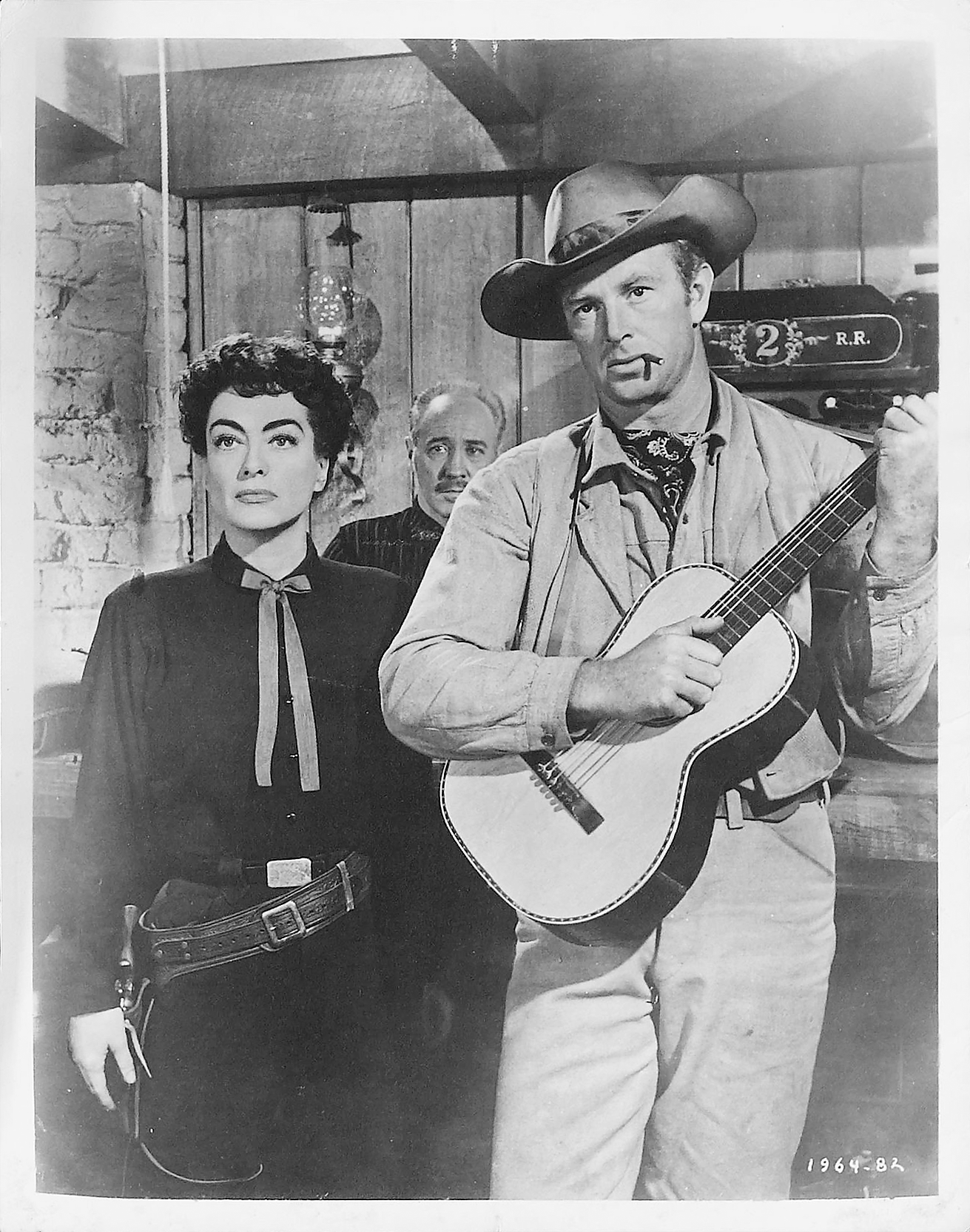 Former OSS agent Sterling Hayden was an actor both before and after he returned to the United States after World War II. Here he stars with Joan Crawford in the 1954 film Johnny Guitar. 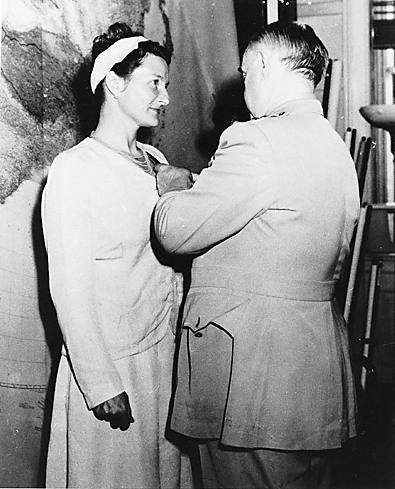 OSS operative Virginia Hall receives the Distinguished Service Cross from OSS founder Gen. William J. Donovan. She had a leg amputated but continued to supply information and carry out missions during WWII.

The chairmen and ranking members of the Foreign Affairs Committee have written a “Dear Colleague” letter in support of H.R. 3544, which seeks a gold medal to honor the contributions of the Office of Strategic Services.

The OSS, the predecessor to the Central Intelligence Agency, was cited for “their exceptional and indispensable service against Nazi Germany and the Axis nations during World War II.”

The July 7 letter concluded by saying that “it is time for the extraordinary members of the OSS to be collectively recognized for their tremendous achievements in the global defense of freedom during one of the most dangerous times in world history.”

Legislation introduced in November 2013 is still pending in both houses of Congress seeking a gold medal to be presented collectively to the members of the Office of Strategic Services.

According to the legislation, U.S. Marines who served in the OSS included the actor Sterling Hayden, who served under the pseudonym John Hamilton. Hayden was a leading man in western movies and film noir in the 1940s and 1950s.

“The OSS organized, trained, supplied, and fought with resistance organizations throughout Europe and Asia that played an important role in the victory of the United States during World War II,” according to the bill.

“Women comprised more than a third of OSS personnel and played a critical role in the organization. These women included Virginia Hall, the only civilian female to receive a Distinguished Service Cross in World War II, and Julia Child,” the world-famous chef, according to the legislation.

The OSS invented and employed new weapons, communication and other technologies, including the first underwater breathing apparatus, known today as SCUBA.

The networks established and information acquired by the OSS assisted in guiding the landings of the Allies in Operation Torch, the Allied invasion of French North Africa in November 1942.

Both bills mandate the gold medal would be given to the Smithsonian Institution “where it will be displayed as appropriate and made available for research.”

The legislation would also permit the United States Mint to strike bronze duplicates of the medal for sale to the public.