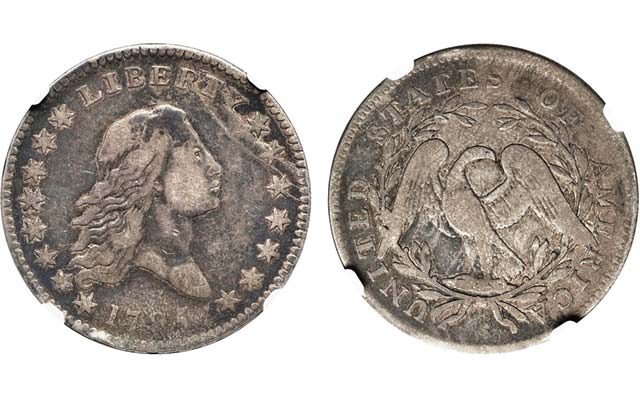 Few Overton varieties are as dramatic as the 1795 O-110a, as it has a pair of parallel cracks that curve to the edge of the upper-right section of the obverse. This example, graded Very Fine 25 by Numismatic Guaranty Corp., is particularly handsome for the grade with deep, rich and dimensional gray color on both sides that suggests original surfaces.

Heritage described the strike as decent, and noted a few small rim nicks at 7 o’clock relative to the obverse, but such minor distractions are to be expected on a coin of this age and of this grade. It sold for $2,820 to a floor bidder, which was a healthy price for a relatively common but very visually impressive variety.