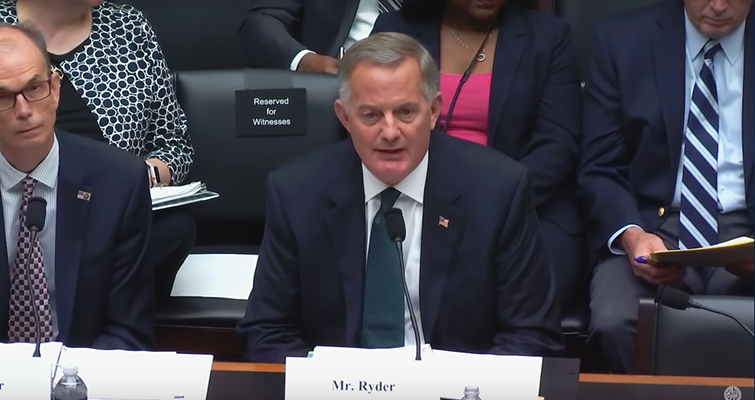 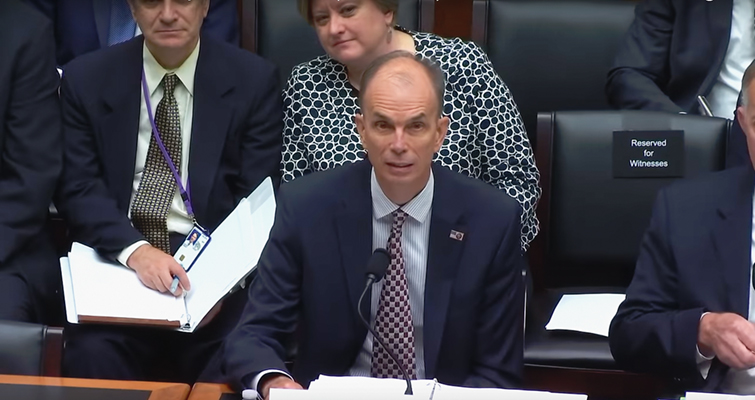 Director of the Bureau of Engraving and Printing Leonard Olijar and the director of the United States Mint, David Ryder, both testified before the House of Representatives’ Financial Services Subcommittee on Monetary Policy and Trade on Sept. 5.

The hearing lasted an hour and a half and covered a wide range of topics, from the merits of a cashless society to efforts to lower production costs being undertaken by both organizations, which produce the nation’s two forms of currency. The BEP prints Federal Reserve notes and the Mint strikes U.S. coinage.

Collector coins and paper currency were not the primary focus of the hearing. Many of the representatives’ questions focused on the merits of a cashless society, and the impact of cashless transaction platforms, such as debit and credit cards or Venmo, on public demand for coins and paper money.

Director Olijar argued for the merits of a society with coins or paper money by pointing out that more than 45 million Americans are “underbanked,” meaning that they either do not use or have very few of their assets in banks and similar financial institutions. These “underbanked” people are unable to access cashless methods of exchange, necessitating the continued existence of physical currency.

Cent is safe, for now

The cent is, for the moment, safe. In response to questions from Rep. Moore about the impracticality of the nickel and from Rep. Sherman who described the cent as “litter,” Director Ryder responded that the Mint has no plans to do away with it. The production cost and fiscal impracticality of having a 1-cent coin have been a topic of public interest, according to the committee, but Ryder explained that “It’s not my decision to abolish the penny. I’ll comply with regulations if and when [such regulations are passed]. It doesn’t seem that the American population wants to get rid of the penny.”

Rep. Mooney fired at Rep. Sherman later in the hearing over the cent, asserting his belief that inflationary policies crafted by the Federal Reserve should be examined alongside the inflationary effect on the cent. Mooney also suggested the possibility of a return to the gold standard.

Director Olijar expressed jokingly that, as a numismatist, he wanted to see the cent retained.

In response to congressional concern about the cost of manufacturing all coins and paper money, Ryder explained that the Mint is seeking lower-cost alternatives to current metal compositions. Ryder mentioned the possibility of a 77 percent copper, 20 percent nickel, and 3 percent zinc composition, as well as a “50/50” composition.

T.V. Johnson, the U.S. Mint’s chief of Corporate Communications, later explained that the “50/50” composition referred to an alloy of 50.75 percent copper, 33 percent zinc, 14 percent nickel, and 2.4 percent manganese, for use in manufacturing the 5-, 10-, and 25-cent coins, to reduce costs by substantially reducing the amount of nickel the coins require.

Olijar, for his part, told the committee that the BEP is seeking a smaller and more efficient facility in lieu of updating their current facilities in Washington, D.C., and Fort Worth, Texas. It was not clear if any upgrades or changes to the BEP’s Texas facility had been planned.

Olijar asserted that, though the BEP’s anti-counterfeiting measures are not as up-to-date as those used by other countries, only 1/100 of a percent of circulating Federal Reserve notes are counterfeit.

He also indicated that, with a new facility, the BEP would be able to take noncurrency orders from outside entities to produce secure documents, such as passports.

Ryder explained that the America the Beautiful quarter dollar program had netted between $70 million and $72 million in revenue since its inception in 2010, and that he hoped for another program, with a focus on sports, to build on that success. Ryder did not elaborate on what a sports series might entail, and the suggestion would require congressional approval.

Johnson later echoed Ryder’s sentiments that a sports connection might help to generate interest in U.S. Mint products, though he acknowledged that precisely defining the parameters of a “sport” could prove difficult, as might selecting specific themes for the coins.

Ryder further stated that the Mint wanted to foster interest in United States coins and paper money among young people, and had redesigned the Mint’s website and provided teaching materials for educators. He also hoped that new and “innovative” programs would help to rekindle some of the lost market for bullion coins and other Mint products.

Legislation relating to collectible coins as investments was discussed.

At the end of the hearing, referring to ancient coinage as lasting expressions of civic and cultural values, Rep. Lucas expressed his support of the BEP and Mint’s initiatives to expand collector customer bases.

During a discussion of tax policy in regards to bullion and coins as collectibles and investment, Mooney articulated criticism of coins being treated as investments and income generated by their sales taxed at the same rate as capital gains. Comments at this hearing can be noted as in the context of an upcoming piece of legislation to repeal taxation on the sale of gold and silver being introduced by Mooney.

Olijar and Ryder both said that the greatest challenges that their respective organizations face involve anti-counterfeiting measures, but did not further elaborate.

Ryder did elaborated on another challenge, in response to a statement from Rep. Lucas on the proliferation of Mint products since the 1980s, saying “there have been quite a number of products legislated that we’ve had to manufacture that haven’t been that successful,” adding, “I look forward to working with the Congress, when we’re drafting that type of legislation, to work together to create legislation that makes a bit more sense from the consumer’s point of view, creating more of a rarity, creating different programs. …”

Ryder again suggested that a new commemorative program, similar to the America The Beautiful quarter program, might take athletics as its central theme, in an effort to engage sports fans and use coinage as a way of uniting the country.

Ryder assigned the recent decline in numismatic customers to the lack of funds allocated by the Mint for international advertising, in addition to the glut of commemorative coins, for which Congress holds responsibility. He stated that the number of Mint customers had declined since the mid-1990s, during his last tenure as director of the Mint, from around 1.2 million to somewhere just over 500,000.

Johnson later verified the decline in Mint customers and Ryder’s assertion that it could be attributed to a lack of advertising funds. The “nonexistent” advertising budget has been a problem at the Mint for several years, according to Johnson.

Concluding the hearing, Rep. Lucas observed, “One of the important things about our coinage, which sometimes we forget in the day-to-day commerce, this is something that we as societies, as countries, took up on this planet two and a half thousand years ago, and in many ways there are images of leaders, images of concepts from the ancient times that only exist because they were incorporated as a coinage theme. So we should always be artistically mindful about the legacy that we leave when we produce things, because we’re not just stamping out pieces of metal. We are leaving a statement for all time about who we were and what we are. So the artistic element must be factored into our coinage and engraving programs.”

This story incorporates published text from the October 8 issue of Coin World, with updates provided by T.V. Johnson, the U.S. Mint’s chief of Corporate Communications, after the print issue was published.